During a state-TV “interview” which many are dubbing pure fear-mongering propaganda ahead of Monday’s final ‘vote of confidence’, Greek Prime Minister Samaras unleashes his most assanine M.A.D. comments yet. 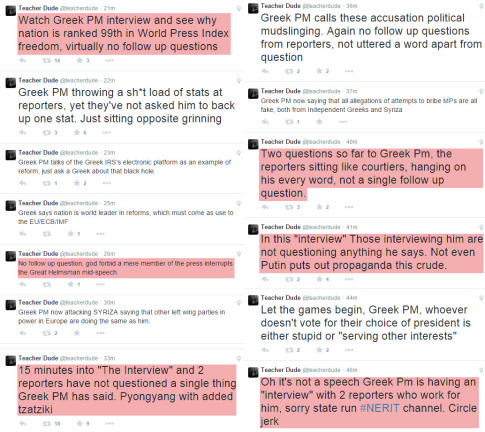 “It’s not a question of what’s good for me or New Democracy. It’s best for the country that there are not snap elections.”

Translation: you don’t need no stinking democracy, trust us – your benevolent rulers – to do what’s best for the Greek people.

And with Greece’s (anti-EU) Syriza party now leading by 2.5pts in the latest polls, it is hardly surprising Samaras is pulling out all the ‘turmoil’ threats. “Greek people don’t want elections,” he chides. By ‘Greek people’, we assume he means ‘unelected European bureaucrats’.