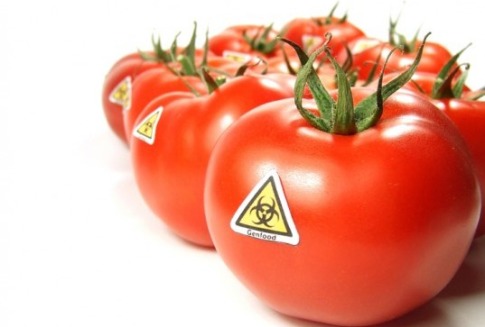 Patent EP1812575 held by Monsanto has been revoked by the European Patent Office (EPO) after the international coalition No Patents on Seeds! filed an opposition in May 2014.

A further opposition was filed by Nunhems / Bayer CropScience. In November 2014, Monsanto requested that the patent be revoked in its entirety and the EPO complied with this request.

The patent covered conventionally bred tomatoes with a natural resistance to a fungal disease called botrytis, which were claimed as an invention. The original tomatoes used for this patent were accessed via the international gene bank in Gatersleben, Germany, and it was already known that these plants had the desired resistance. Monsanto produced a cleverly worded patent in order to create the impression that genetic engineering had been used to produce the tomatoes and to make it look ‘inventive’.

“Revoking this patent is an important success. It was more or less based on a combination of fraud, abuse of patent law and biopiracy. The patent could have been used to monopolise important genetic resources. Now breeders, growers and consumers have a chance of benefiting from a greater diversity of tomatoes improved by further breeding”, says Christoph Then, a coordinator of No Patents on Seeds!. “The intended resistance is based on complex genetic conditions, which are not known in detail. So genetic engineering is clearly not an option in this case.”

The EPO has already granted more than a hundred patents on the conventional breeding of plants even though “essentially biological processes for the production of plants and animals” and “plant varieties” are excluded from patentability. Altogether, the EPO has granted around 2400 patents on genetically engineered plants many of them owned by Monsanto, which already controls around 25 percent of the international seed market. The coalition of No Patents on Seeds! has filed further oppositions against patents held by the US company covering broccoli which can be harvested mechanically (EP 1597965), melons that are resistant to plant viruses (EP1962578) and a selection of plants for breeding soybeans (EP 2134870) adapted to climate change.

As a recently published “No Patents on Seeds!” report shows, the EPO is granting more and more patents in this field and intentionally undermining existing prohibitions. The coalition is calling on the European governments to take the EPO under political control to ensure a correct interpretation of patent law and enforce prohibitions effectively. No Patents on Seeds! is also calling for a revision of European Patent Law to exclude breeding material, plants and animals and food derived thereof from patentability.

The organisations behind the coalition of No Patents on Seeds! are concerned that patents on plant and animal breeding will foster further market concentration, making farmers and other stakeholders of the food supply chain even more dependent on just a few big international companies and ultimately reduce consumer choice. The coalition of No Patents on Seeds! is organised by Bionext (Netherlands), The Berne Declaration (Switzerland), GeneWatch (UK), Greenpeace, Misereor (Germany), Development Fund (Norway), No Patents on Life (Germany), Red de Semillas (Spain), Rete Semi Rurali (Italy), Reseau Semences Paysannes (France) and Swissaid (Switzerland). They are calling for a revision of European Patent Law to exclude breeding material, plants and animals and food derived thereof from patentability. The coalition is supported by several hundred other organisations.

No Patents on Seeds report:

Text of the opposition and the patent: