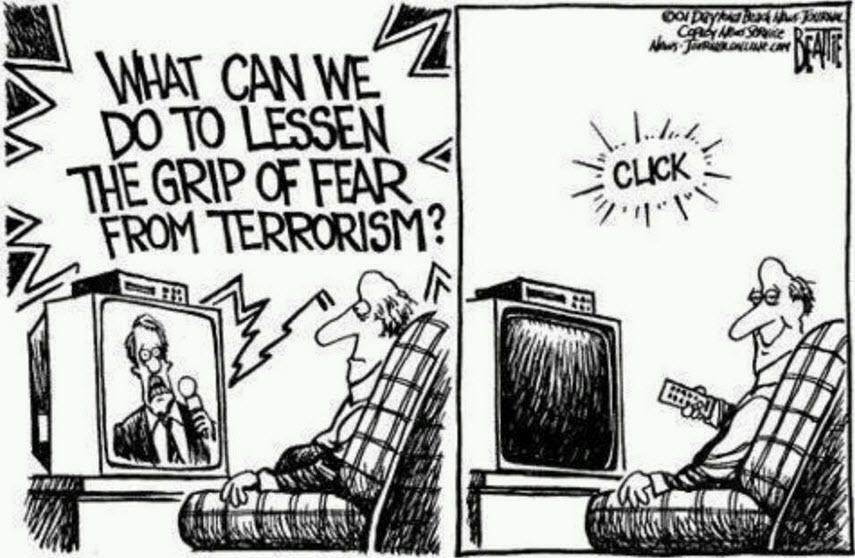 7 thoughts on “How To Fight Terrorism (In One Cartoon)”