The next time anyone is stupid enough to mention monetary policy “normalization”, either have them read this:

The Bank of Japan’s expansion of record stimulus today may see it buy every new bond the government issues.

The BOJ said it plans to buy 8 trillion to 12 trillion yen ($108 billion) of Japanese government bonds per month under stepped-up stimulus it announced today. That gives Governor Haruhiko Kuroda leeway to soak up the 10 trillion yen in new bonds that the Ministry of Finance sells in the market each month.

Translated: the BOJ will monetize 100% of all Japanese debt issuance (source).

in Q1, we expect the ECB to announce a EUR500bn sovereign QE program and buy EMU government bonds according to each EMU country’s ECB capital key contribution. This implies that the ECB would purchase EUR130bn of German bonds, i.e., 90% of the 2015 gross issuance of German Bunds.

Translated: the ECB will monetize 90% of all German debt issuance (source).

Or just show them this chart. 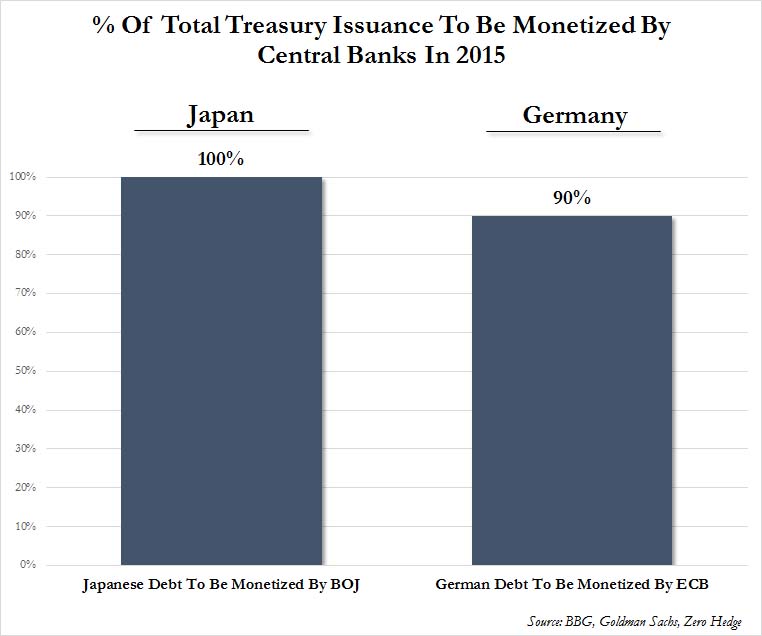 And since Japan no longer cares what the lunatics in charge do as its fate is sealed anyway, please make sure any Germans observing the above are unable to see the chart below, which shows what happened the last time a central bank monetized all of their Bund issuance. 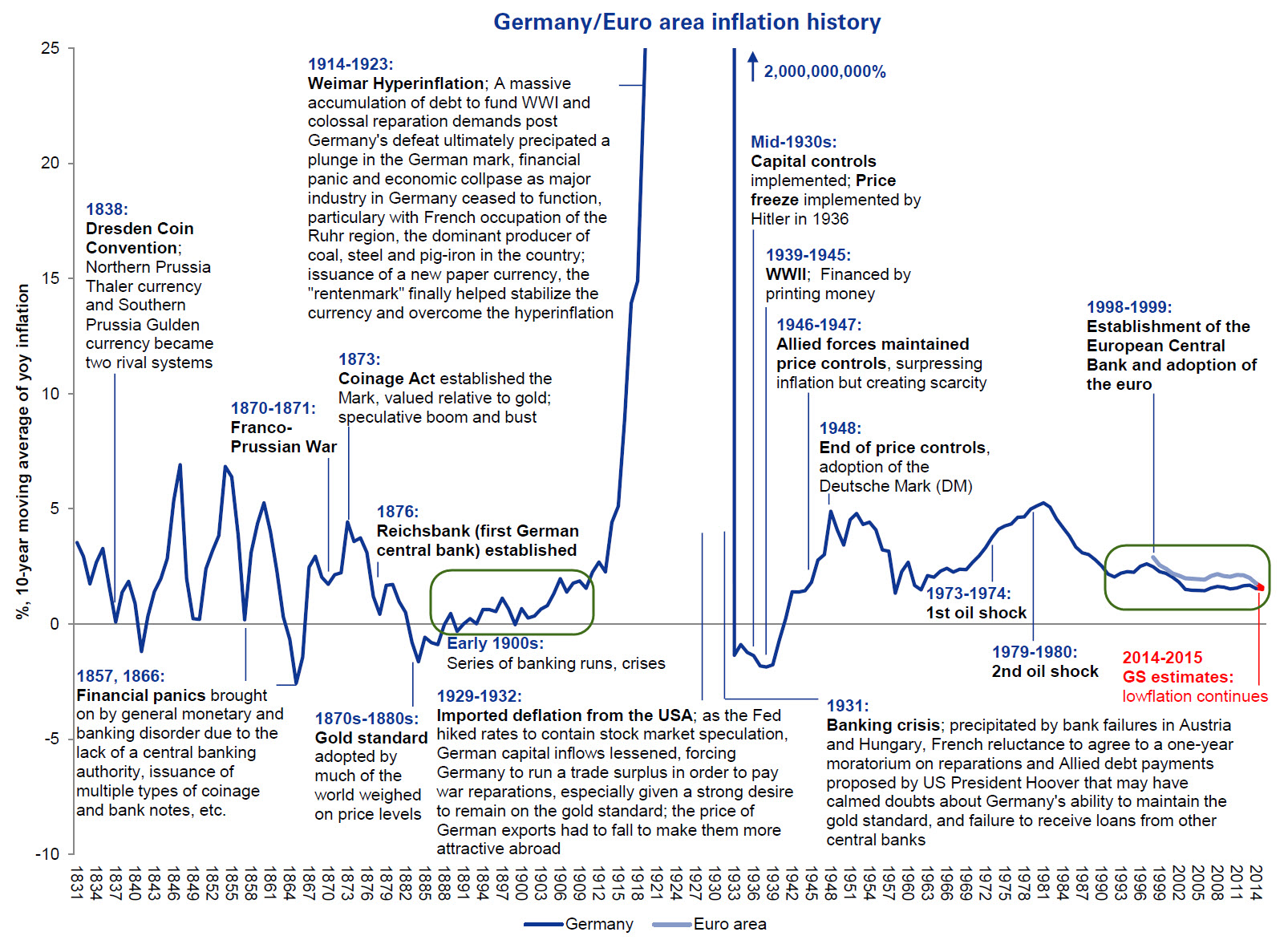 The Germans are going to need a bigger chart.