A photo posted to Twitter last week by Ansar al-Din Front, an Islamic extremist brigade, clearly shows a Ford truck with a “Mark-1 Plumbing” decal on the door and a militant standing in the bed firing the anti-aircraft gun… 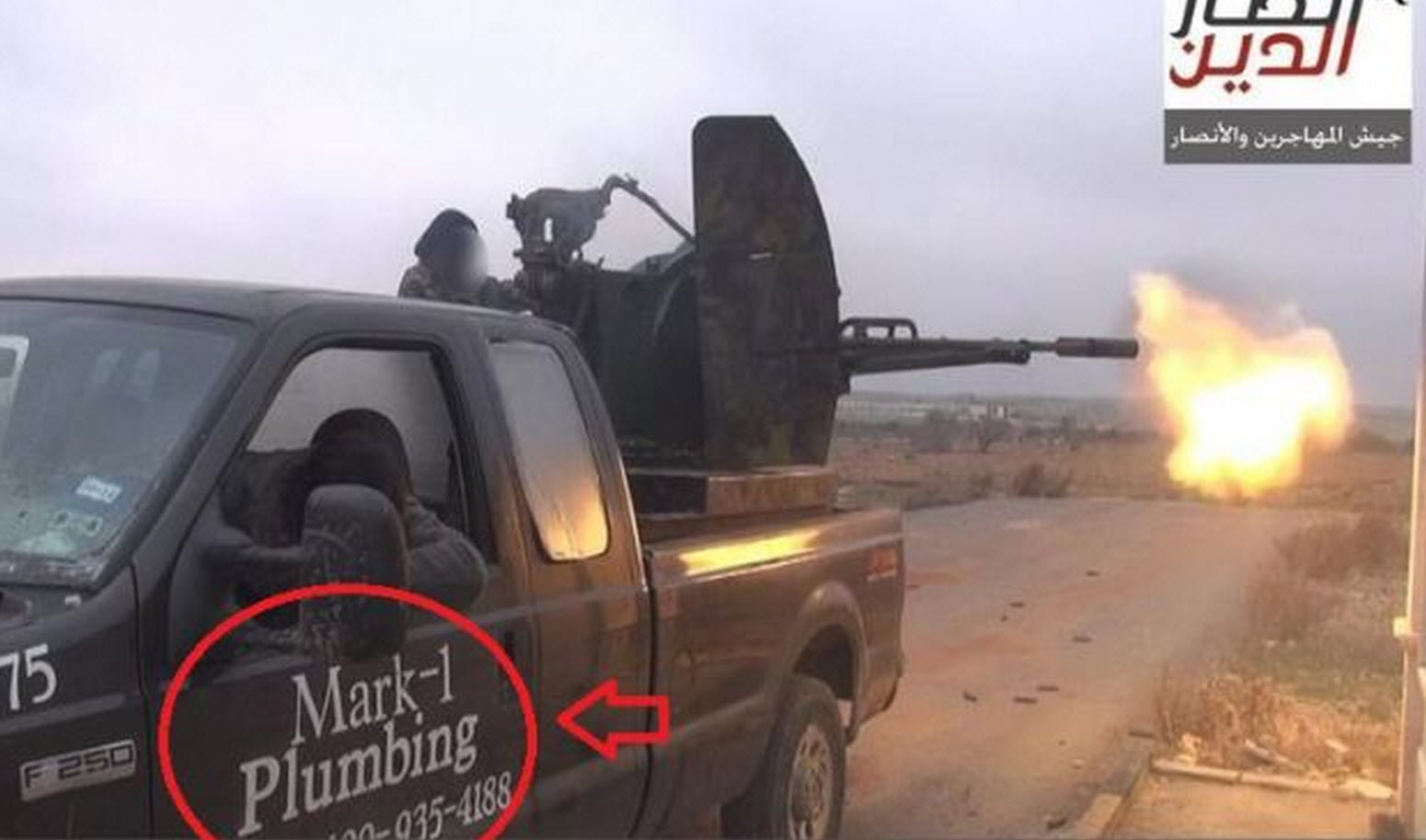 As Haaretz reports, the Texas plumber whose truck was photographed in Syria says he has no idea how it ended up thousands of kilometers away in the war-torn country…

Mark Oberholtzer, who has owned and operated Mark-1 Plumbing in Texas City for the past 32 years, confirmed it was his truck in the picture. He said he no longer owned the vehicle and had no idea how it ended up in Syria.

Oberholtzer said he had traded in the truck to second-hand dealership three years previously. He left the decal on the truck in the expectation that the dealership would remove it.

A spokesman for the dealer said that they had passed it on to a car auction house.

Oberholtzer has been besieged by phone calls – some threatening – since the picture was posted. “A few of the people are really ugly,” he told The Galveston Daily News.

Later in the week, federal Homeland Security officials arrived at Mark-1 Plumbing to question Oberholtzer and his staff.

It seems US exports are indeed picking up!!