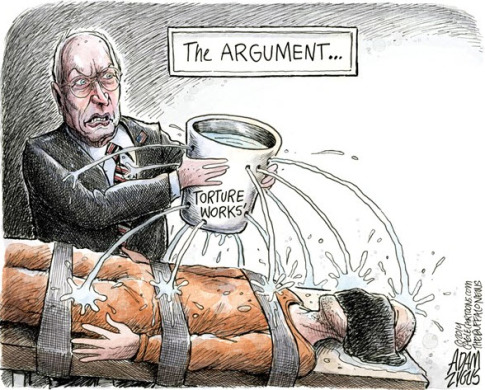 As early as the third century A.D., the great Roman Jurist Ulpian noted that
information obtained through torture was not to be trusted because some people are “so susceptible to pain that they will tell any lie rather than suffer it” (Peters, 1996).  This warning about the unreliability of information extracted through the use of torture has echoed across the centuries.

In 1764 Cesare Beccaria [an Italian criminologist, jurist, philosopher, and politician who had a profound effect on America’s Founding Fathers] published his groundbreaking work, On Crimes and Punishments. Beccaria had examined all the evidence available at that time and concluded that individuals under torture will tell their interrogators anything they want to hear, true or not, just to get the pain to stop.

The successful and ruthless general Napolean Bonaparte wrote in 1798:

The barbarous custom of having men beaten who are suspected of having important secrets to reveal must be abolished. It has always been recognized that this way of interrogating men, by putting them to torture, produces nothing worthwhile. The poor wretches say anything that comes into their mind and what they think the interrogator wishes to know.

This ancient wisdom has been verified by the top American interrogation experts over the last 100 years.