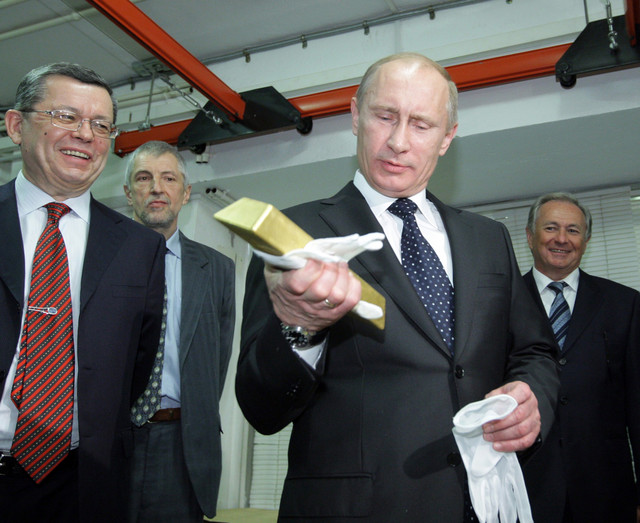 Yesterday, when we reported the latest rumor of Russian gold selling, this time out of SocGen, we said that “it should be noted that SocGen and its “sources” have a conflict: in an indirect way, none other than SocGen is suddenly very interested in Russia stabilizing its economy because as we wrote before, “Russia Contagion Spreads To European Banks : French SocGen, Austrian Raiffeisen Plummet” which also sent SocGen’s default risk higher in recent days. So if all it will take to stabilize the RUB sell off, reduce fears of Russian contagion, and halt the selloff of SocGen stocks is a “source” reporting what may or may not be the case, so be it.”

Moments ago, as if to deter further speculation that Russia is indeed converting hard money earned from real resources for fiat paper, the Russian monetary authority made it quite clear, that at least in November, Russia not only did not sell any gold, but in fact bought another 600K ounces in the month of November.

So we can now add another 600K to Russia’s most recent holdings: 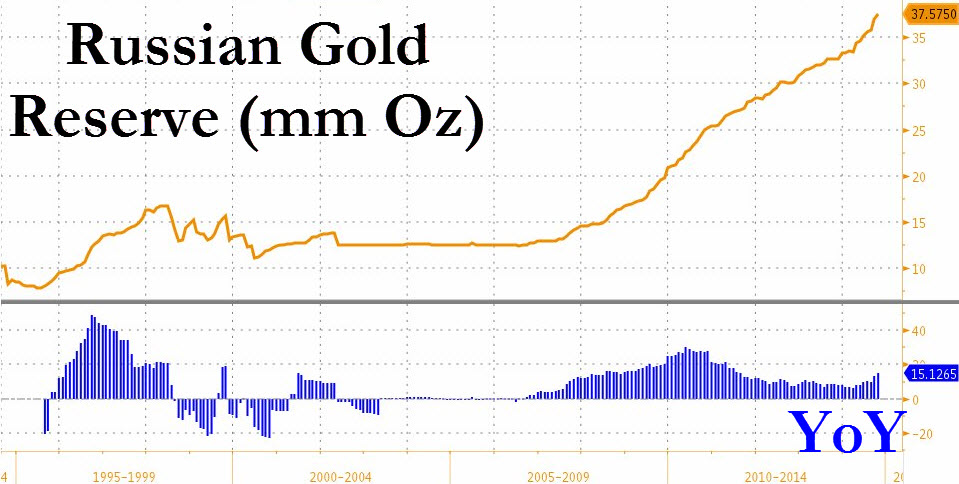 Which of course means that the very “Russia is selling” rumors that were so effectively used to keep the price of gold low into the recent risk-flaring episode, were capitalized on by the very same Russia, which we do however know sold some $8 billion in US Treasurys in October bringings its total holdings of US paper to the second lowest since 2008… 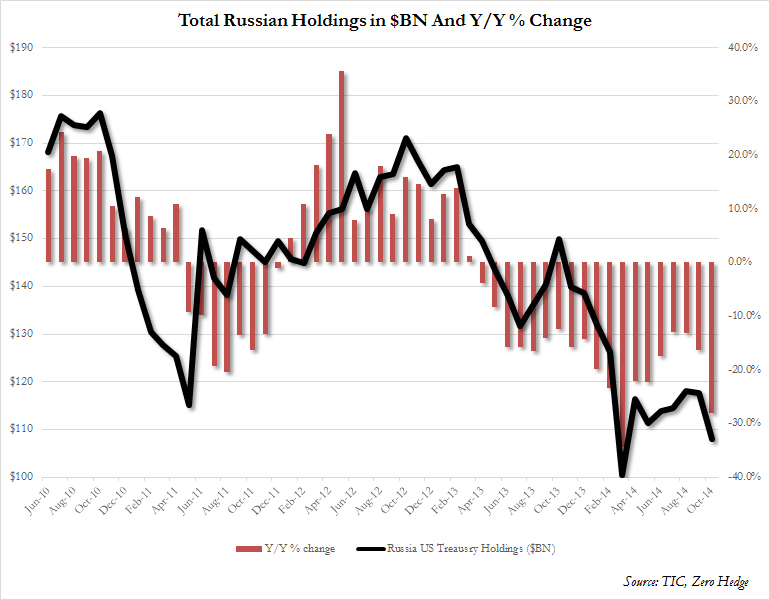 … and which used these same low prices not to sell, but to buy. At the lowest prices possible.