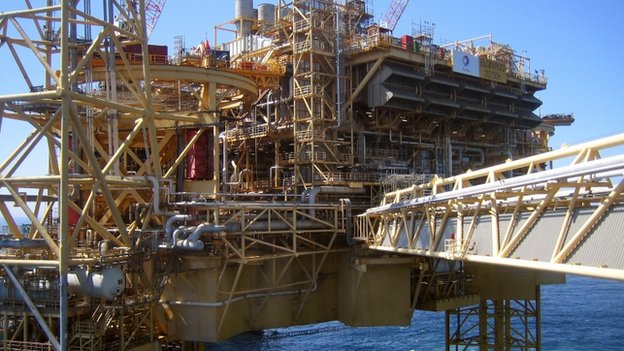 It seems like only yesterday when back on October 11, we first explained – and previewed – the collapse of oil courtesy of the secret deal between the US and Saudi Arabia. However, it seems like only this morning when we subsequently wrote that “If The Oil Plunge Continues, “Now May Be A Time To Panic” For US Shale Companies.” In retrospect, it was, and with the price of crude far below mid-October levels, the pain for both Russia and shale is now quite unbearable (even as Saudi Arabia explained earlier today that the reason for collapsing oil has nothing to do with supply and everything to do with plunging demand, and after seeing this chart we believe it).

All of this was perfectly obvious months ago to anyone who cared. To wit:

… while we understand if Saudi Arabia is employing a dumping strategy to punish the Kremlin as per the “deal” with Obama’s White House, very soon there will be a very vocal, very insolvent and very domestic shale community demanding answers from the Obama administration, as once again the “costs” meant to punish Russia end up crippling the only truly viable industry under the current presidency.

So with great delight we present the latest blowback from Obama’s “brilliant” strategy to cripple Putin: in addition to the default wave about to crush America’s own shale industry, America’s biggest foreign ally and military partner when it comes to “ideologically pure missions of liberation” – the UK, and specifically its North Sea oil industry which according to the BBC is in a “crisis” and according to Robin Allan, chairman of the independent explorers’ association Brindex, the industry was “close to collapse”.

The story is the same as in the shale patch, only in the far colder and stormier North Sea: “Almost no new projects in the North Sea are profitable with oil below $60 a barrel, he claims. ‘Everyone is retreating'”

“It’s almost impossible to make money at these oil prices“, Mr Allan, who is a director of Premier Oil in addition to chairing Brindex, told the BBC. “It’s a huge crisis. This has happened before, and the industry adapts, but the adaptation is one of slashing people, slashing projects and reducing costs wherever possible, and that’s painful for our staff, painful for companies and painful for the country.”

“It’s close to collapse. In terms of new investments – there will be none, everyone is retreating, people are being laid off at most companies this week and in the coming weeks. Budgets for 2015 are being cut by everyone.”

And to think it was just yesterday that the WSJ telling anyone who believes propaganda that “Christmas has come early for British consumers.

BOE officials in December concluded the decline in the oil price in particular should act as a mini-stimulus for the U.K. and its major trading partners, even as Russia and other energy producers reel from crude’s recent slide. The BOE estimates the oil price has fallen 35% in sterling terms since June.

Which once again shows that when it comes to being utterly clueless about the real world, central bankers truly have no peers. Well, side from their media cheerleaders of course.

But hold on: wasn’t only Putin supposed to be getting crushed as a result of the oil collapse? Suddenly the “secret” Saudi agreement isn’t looking all that hot.

As for the truly “best” news: the collapse in the oil field will remain hidden from official government data. Mr Allan said many of the job cuts across the industry would not have been publicly announced. Oil workers are often employed as contractors, which are easier for employers to cut.

His remarks echo comments made by the veteran oil man and government adviser Sir Ian Wood, who last week predicted a wave of job losses in the North Sea over the next 18 months.

BOE bullshit aside, this is what is really going to happen:

The US-based oil giant ConocoPhillips is cutting 230 out of 1,650 jobs in the UK. This month it announced a 20% reduction in its worldwide capital expenditure budget, in response to falling oil prices.

Other big oil firms are expected to make similar cuts to their drilling and exploration budgets. Research from the investment bank Goldman Sachs predicted that they would need to cut capital expenditure by 30% to restore their profitability at current prices.

Service providers to the industry have also been hit. Texas-based oilfield services company Schlumberger cut back its UK-based fleet of geological survey ships in December, taking an $800m loss and cutting an unspecified number of jobs.

On Wednesday Aberdeen-based Wood Group announced a pay freeze for staff, and cut rates for its contractors.

Apache, one of the North Sea’s biggest producers, has followed suit and will impose a 10 percent reduction on its contractors’ wages from January 1st.

So what happens to the UK oil and energy industry? “The industry was hoping to see continued high levels of investment, stemming the inevitable decline of production as North Sea’s resources are used up. But falling oil prices have put that in doubt.”

However, the Department of Energy and Climate Change said: “The recent sharp reductions in oil prices are very challenging for companies active in the North Sea. We have seen very little evidence of new projects being cancelled or deferred in reaction to lower oil prices.”

Which means the real pain is only just starting, first in the UK and soon everywhere else.