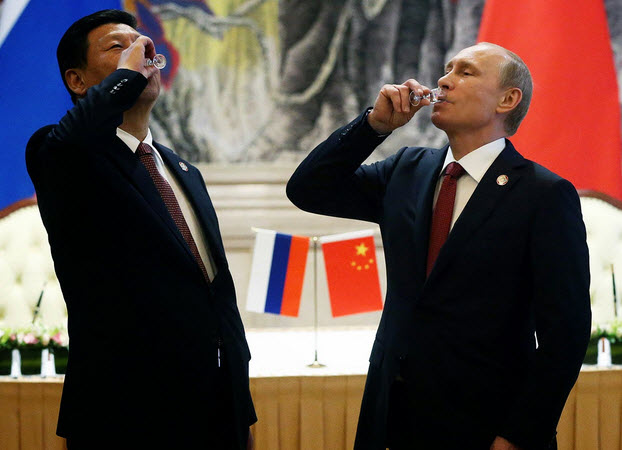 Earlier this evening China’s State Administration of Foreign Exchange’s (SAFE) Wang Yungui noted “the impact of the Russian Ruble depreciation was unclear yet, and, as Bloomberg reported, “SAFE is closely watching Ruble’s depreciation and encouraging companies to hedge Ruble risks.” His comments also echoed the ongoing FX reform agenda aimed at increasing Yuan flexibility which The South China Morning Post then hinted in a story entitled “Russia may seek China help to deal with crisis,” which which noted that Russia could fall back on its 150 billion yuan ($24 billion) currency swap agreement with China if the ruble continues to plunge, that was signed in October. Furthermore, two bankers close to the PBOC reportedly said the swap-line was meant to reduce the role of the US dollar if China and Russia need to help each other overcome a liquidity squeeze.

Russia could fall back on its 150 billion yuan (HK$189.8 billion) currency swap agreement with China if the rouble continues to plunge.

If the swap deal is activated for this purpose, it would mark the first time China is called upon to use its currency to bail out another currency in crisis. The deal was signed by the two central banks in October, when Premier Li Keqiang visited Russia.

The swap allows the central banks to directly buy yuan and rouble in the two currencies, rather than via the US dollar.

Two bankers close to the People’s Bank of China said it was meant to reduce the role of the US dollar if China and Russia need to help each other overcome a liquidity squeeze.

China has currency swap deals with more than 20 monetary authorities around the world. Swaps are generally used to settle trade.

“The yuan-rouble swap deal was not just a financial matter,” said Wang Feng, chairman of Shanghai-based private equity group Yinshu Capital. “It has political implications as it is a sign of mutual trust.”

The rouble has lost more than 50 per cent against the US dollar this year, pushing Russia to the brink of a currency crisis, though measures announced by the central bank helped it recover some ground yesterday.

Li Lifan, a researcher at the Shanghai Academy of Social Sciences, said the swap would not be enough for Russia even if it is used in its entirety. “The PBOC might agree to extend something like 15 billion yuan initially as a way of showing China’s commitment to Russia.”

As we discussed in October when the swap deal was signed,

…as if to assure all involved parties that there will be enough capital support on both sides, the PBOC released a surprising announcement that the central banks of China and Russia signed a 3-year, 150 billion yuan bilateral local-currency swap deal today, according to a statement posted on PBOC website. Deal can be expanded if both parties agree, statement says. Deal aims to make bilateral trade and direct investment more    convenient and promote economic development in 2 nations.

To be sure, some such as Bloomberg, are skeptical that the unprecedented pivot by Russia toward China as it shuns the west, will merely harm the Kremlin. Others, however, wonder: who will be left standing: Europe, with its chronic deficit of energy and reliance on Russia; or Russia, a country overflowing with natural resources, whose economy is currently underoing a dramatic and painful shift, as it scrambles to dissolve all linkages to the Petrodollar and face the Gas-O-Yuan?

Is ‘isolated’ Russia about to be bailed out by the world’s largest economy China? 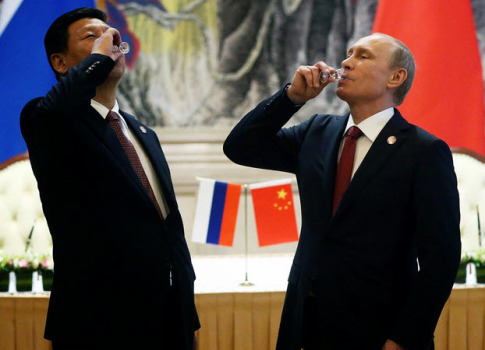 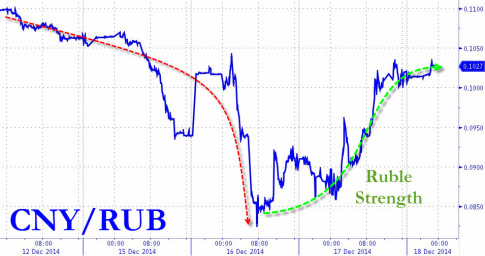 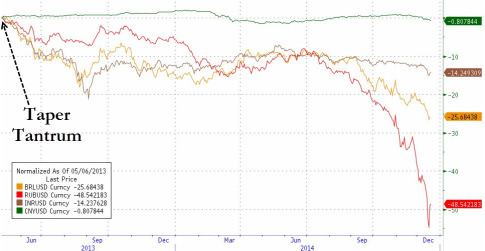 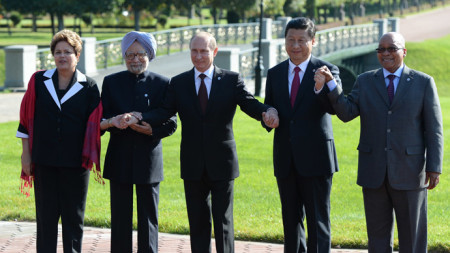 The punchline, however, is that using bilateral swaps, the BRICS are effectively disintermediating themselves from a Fed and other “developed world” central-bank dominated world and will provide their own funding.

We are pleased to announce the signing of the Treaty for the establishment of the BRICS Contingent Reserve Arrangement (CRA) with an initial size of US$ 100 billion. This arrangement will have a positive precautionary effect, help countries forestall short-term liquidity pressures, promote further BRICS cooperation, strengthen the global financial safety net and complement existing international arrangements…. The Agreement is a framework for the provision of liquidity through currency swaps in response to actual or potential short-term balance of payments pressures.

Incidentally, the role of the dollar in such a world is, well, nil.

For those who have forgotten who the BRICS are, aside from a droll acronym by a former Goldman banker, here is a reminder of the countries that make up 3 billion in population. 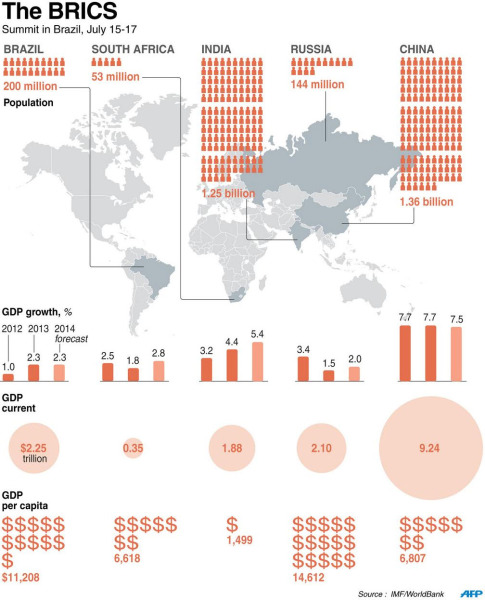