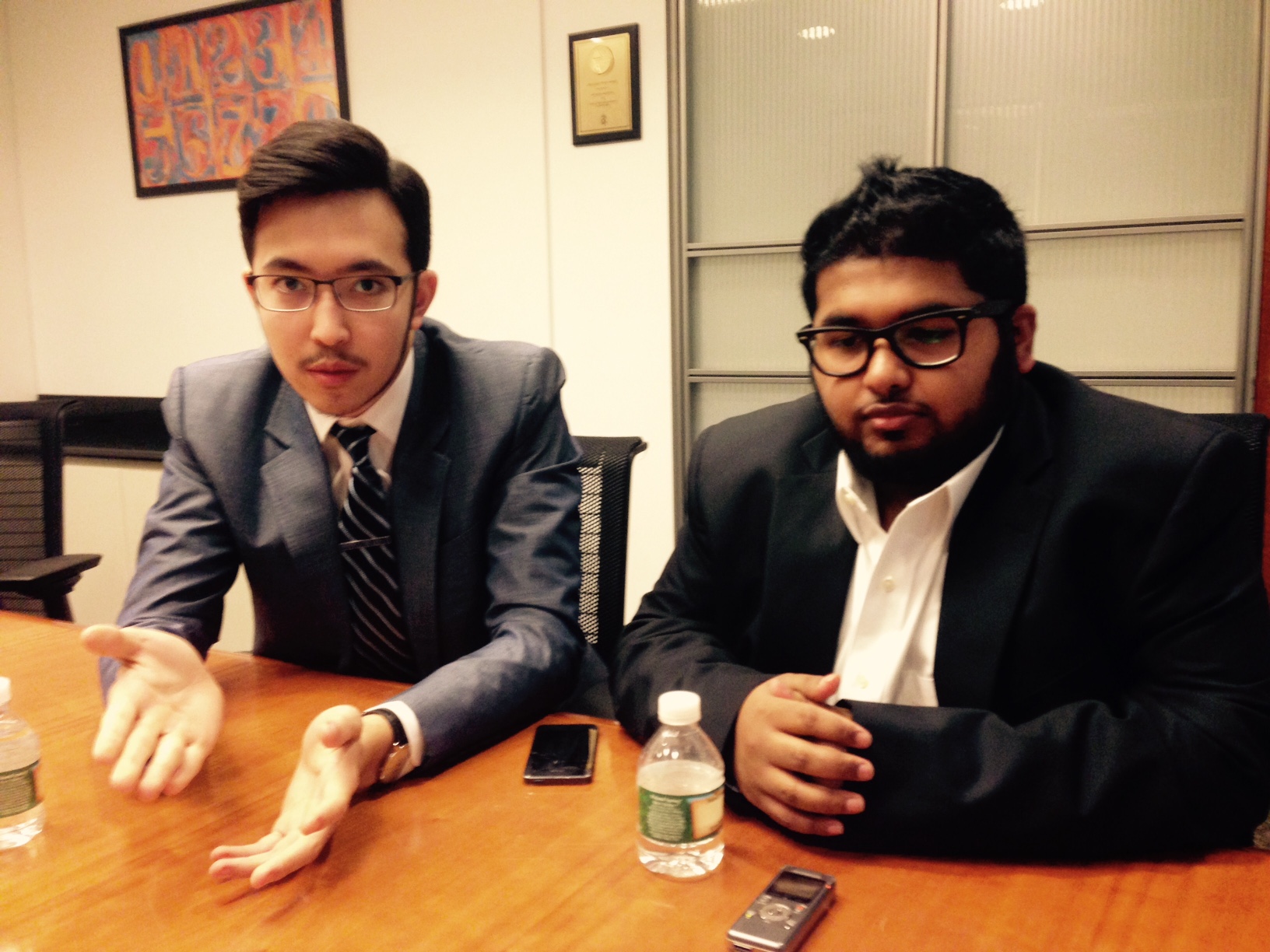 Yesterday, when we skeptically mocked the NY Mag’s Jessica Pressler coverage of Mohammed Islam, the 17-year-old wunderkind who “allegedly” made $72 million in the market by trading penny stocks, we covered the salient lies and told readers to “feel free to click on the NY Mag’s story about the young “multi-millionaire” – after all that was the whole point.” Sure enough, in the finest tradition of the New Republic’s Stephen Glass, the entire article was nothing more than one epic big clickbait fest.

Because after the entire world learned that young trading whiz-kid Mohammed Islam had “made” $72 million, certainly including the IRS which would promptly come looking for the $36 or so million it was due, the alleged megatrader, who got just the wrong 15 minutes of fame, scrambled to set the record straight, and explained the instead of making money, he actually made nothing, he just made it all up: to wit: “Is there ANY figure? Have you invested and made returns at all? No. So it’s total fiction? Yes. I run an investment club at Stuy High which does only simulated trades.”

Well that clears it up.

Now all he needs is a newsletter and he can claim he is Investment Club 2.0.

For the full story we present the following interview with the NY Observer, where Islam confesses he is nothing but a paper trader.

New York Mag’s Boy Genius Investor Made It All Up

Monday’s edition of New York magazine includes an irresistible story about a Stuyvesant High senior named Mohammed Islam who had made a fortune investing in the stock market. Reporter Jessica Pressler wrote regarding the precise number, “Though he is shy about the $72 million number, he confirmed his net worth is in the “’high eight figures.’” The New York Post followed up with a story of its own, with the fat figure playing a key role in the headline: “High school student scores $72M playing the stock market.”

And now it turns out, the real number is … zero.

In an exclusive interview with Mr. Islam and his friend Damir Tulemaganbetov, who also featured heavily in the New York story, the baby faced boys who dress in suits with tie clips came clean. Swept up in a tide of media adulation, they made the whole thing up.

Speaking at the offices of their newly hired crisis pr firm, 5WPR, and handled by a phalanx of four, including the lawyer Ed Mermelstein of RheemBell & Mermelstein, Mr. Islam told a story that will be familiar to just about any 12th grader—a fib turns into a lie turns into a rumor turns into a bunch of mainstream media stories and invitations to appear on CNBC.

Here’s how it happened.

Observer: What was your first contact with the New York magazine reporter?

Mohammed Islam: My friend’s father worked at New York magazine and he had the reporter contact me. Then she [Jessica Pressler] called me.

You seem to be quoted saying “eight figures.” That’s not true, is it?

Is there ANY figure? Have you invested and made returns at all?

Are you interested in investing? How did you get this reputation?

I run an investment club at Stuy High which does only simulated trades.

If you had been playing with real money, would you have done really well?

The simulated trades percentage was extremely high relative to the S&P.

Where did Jessica Pressler come up with the $72 million figure?

I honestly don’t know. The number’s a rumor.

[I led her to believe] I had made even more than $72 million on the simulated trades.

At this point the PR reps jumped in with Law & Order style objections. A conference outside the room ensued. Back into the room came Mr. Islam.

All I can say is for the simulated trades, I was very successful. The returns were incredible and outperformed the S&P.

Damir, tell me where you fit into this.

Damir Tulemaganbetov: Well, I got excited by this whole trading thing and I said hey, let me get on board. I heard about this article coming out and Mohammed invited me and I met Jessica.

But you guys are pals outside of this?

We go to social gatherings and friends’ places.

Are you into stockpicking as well?

Mohammed, you’re from Queens and you go to this elite public high school. Is this a hobby of your parents as well or would you be the first person in your family to pursue high finance?

Mohammed Islam: In my immediate family, just me.

So what did your parents think when they’re reading that you’ve got $72 million?

Mohammed Islam: Honestly, my dad wanted to disown me. My mom basically said she’d never talk to me. Their morals are that if I lie about it and don’t own up to it then they can no longer trust me. … They knew it was false and they basically wanted to kill me and I haven’t spoken to them since.

You haven’t? Where did you sleep last night?

Mohammed Islam: At a friend’s house. But we didn’t sleep.

Damir Tulemaganbetov: We stayed awake all night. We’ve been checking out news all over the world.

Are your friends blowing up your phones?

Damir Tulemaganbetov: He had 297 unread messages and 190 LinkedIn. All the friends shared it.

Mohammed Islam: It was hyped up beyond belief.

Damir Tulemaganbetov: We were at CNBC. That’s why we’re dressed up. But we were there and literally in the building stressing out. We had 20 minutes. Then we three times asked them could we have 20 seconds to talk?

[The boys ended up cancelling the CNBC appearance.]

Where do you go from here?

Damir Tulemaganbetov: Socially, people will be mad about it. But we’re sorry. Especially to our parents. Like my dad would read this and be like ‘Oh My God’ because he’s a very humble man and I portrayed him like a bad father.

Mohammed Islam: At school, first things first. I am incredibly sorry for any misjudgment and any hurt I caused. The people I’m most sorry for is my parents. I did something where I can no longer gain their trust. I have one sister, two years younger, and we don’t really talk.

So that’s that. There was no $72 million, no “eight figures,” not even one figure. The story is already coming unglued as the commenters on New York’s site hammer the reporter for even thinking this was possible. New York has now altered its headline to back away from the $72 million figure but the story itself remains. Even if this working-class kid had somehow started with $100,000 as a high school freshman on day one at Stuy High, he’d have needed to average a compounded annualized return of something like 796% over the three years since. C’mon, man.

No one asked for my opinion, but I’m going to provide it anyway, having sat with these kids for a good bit on a tough day. They got carried away. They’re not children. But they’re not quite adults, either, and at least Mr. Islam was literally quaking as we spoke. So yeah, they probably should have known better. But New York and the New York Post probably should have, as well. This story smelled fishy the instant it appeared and a quick dance with the calculator probably would have saved these young men—and a couple reporters—some embarrassment.