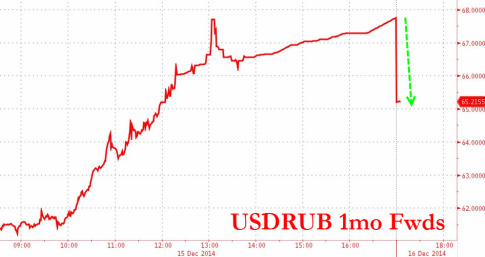 Following the biggest rout to the Ruble in ages, Russia – unlike Mario Draghi – instead of talking the talk decided to walk the bazooka walk and shocked all those long the USDRUB by unleashing an emergency rate hike (at 1 am in the morning) from the recently raised interest rate of 10.50% to… hold on to your hats… 17.00%, a 650 bps increase!

The Board of Directors of the Bank of Russia has decided to increase from December 16, 2014 the key rate to 17.00% per annum. This decision was driven by the need to limit significantly increased in recent devaluation and inflation risks.

In order to enhance the effectiveness of interest rate policy loans secured by non-marketable assets or guarantees for a period of 2 to 549 days from 16 December 2014 will be granted at a floating interest rate established at the level of the key rate of the Bank of Russia increased by 1.75 percentage points (Previously these loans for a period of 2 to 90 days, provided at a fixed rate).

In addition, to enhance the capacity of credit institutions to manage their own currency liquidity was decided to increase the maximum amount of funds to repurchase auctions in foreign currency for a period of 28 days from 1.5 to 5.0 billion. US dollars, as well as on similar operations for a period of 12 months on a weekly basis.

And for the Russian-speakers, the full breakdown of rates. 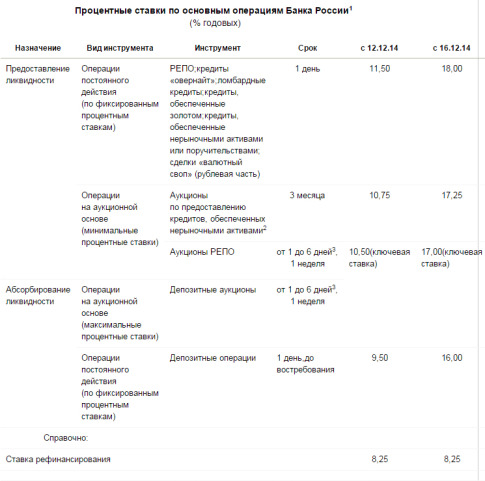 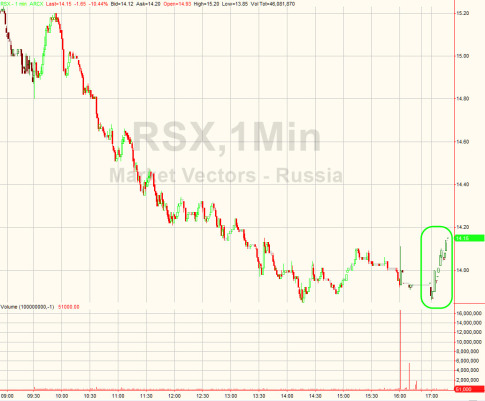 1 thought on “Russia Shocks With Emergency Rate Hike, Boosts Interest Rate From 10.5% To 17%”