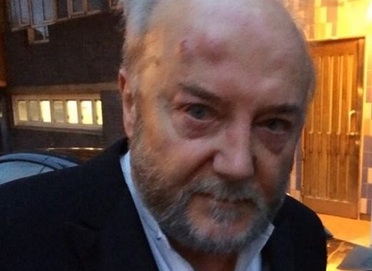 A London court has sentenced a pro-Israel British man to 16 months in jail for attacking British lawmaker and Press TV presenter George Galloway earlier this year.

Marron said during the sentencing that the assault on Galloway was a completely unprovoked and sustained attack, which involved kicking and repeated heavy punching.

Masterson attacked Galloway on a street in Notting Hill, west London, on August 29. The Bradford MP was taken to hospital for treatment of severe bruising on his face and head as well as a broken rib.

The assailant was wearing an Israeli military T-shirt when he was arrested by police officials nearby.

Commenting on the Thursday verdict, Galloway said if the court had not dropped the religiously aggravated part of the charges against Masterson, the jail sentence would have been considerably higher.

“It was no doubt it was religiously motivated. This man, Masterson, was a converted Jew who attacked me because he said I was a mouthpiece for Muslims,” Galloway told Press TV.

“He attacked me for explicitly political reasons, if a Muslim had attacked a pro-Israel MP, it would have been called what it was an attack of terrorism,” Galloway added.

This is while the court also heard that after Masterson will be released from prison, he will receive an all-expenses-paid trip to Israel from an unknown sponsor.

The attack on Galloway is believed to have been connected to his remarks censuring the Israeli regime for the atrocities it committed in its latest 50-day military onslaught on the besieged Gaza Strip.