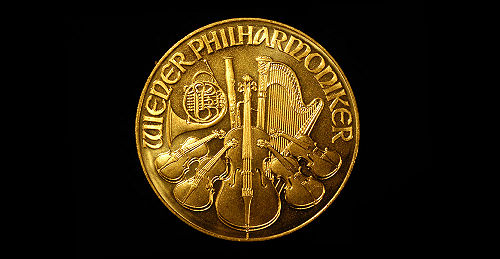 And just like that, the list of countries who want to repatriate their gold just increased by one more, because after Venezuela, Germany, the Netherlands, sorry Switzerland, and rumors of Belgium, we now can add Austria to those nations for whom the “6000 year old barbarous relic bubble” is more than just “tradition.”

And from derStandard.at (google translated):

The gold reserves of the Oesterreichische Nationalbank (OeNB) and their deposits in the UK and in Switzerland are a recurring theme in political discussions. Especially like the Freedom require relocation to Austria, the example of the Deutsche Bundesbank in mind, who want to move their gold by 2020 half of them to Germany.

In Austria, the Court has adopted in its recent OeNB examination of the issue of gold. In its draft report he gives the OeNB diverse recommendations on the way. One of the key points: Given the “high concentration risk in the Bank of England” advise the examiner to “rapid evaluation of all possibilities of a better dispersion of the storage locations”. Not only the parties to be diversified, but it should also come to the “actual spread of the storage locations”.

In the central bank can not hold, such a transfer excluded. The existing gold bearing concept would be reviewed, at best you’ll bring parts of the stored gold in the UK to Austria, OeNB experts explain the standard. Any changes will be decided according to security and economic criteria, according to the OeNB.

A brief orientation in gold Milieu: Austria has 280 tons of gold, only a small part of them (17 percent) are kept in Vienna. 80 percent of the reserves are located in London, the main trading for gold, three percent in Switzerland. For comparison, the German Bundesbank has 3400 tons of gold; about half of them superimposed (as of 2013) in the United States. With the decision by the end of 2012, to resettle half of the gold to Germany, gave the Bundesbank political pressure.

Because you do not think in the OeNB; the central bank decide “autonomously”, as emphasized. But there was indeed a discussion of the gold storage, you will receive and evaluate the recommendations of the Court. But whose final report is not yet available, the OeNB has transmitted to the auditors on 28 November their comments on the draft report.

The examiners also recommend an analysis of the costs of the bearings and a “comprehensive strategy for the management of gold reserves” to. The OeNB said: “opportunities to develop a long-term approach bearings will be evaluated.” The criticism of the auditor, the OeNB have the gold that is not stored in the National Bank itself, not regular “physically checked” 2009-2013 or not, has the OeNB in ??its opinion violently back.

In October 2011, had central bankers, as mentioned in the report body, held in three deposits in Switzerland and one in London “Einschau”. 2012 were examined in the coin Austria gold holdings. Keyword Einschau: This should not be so easy. Anyway criticize the auditor that access opportunities are not agreed with all bearings contract.

Violent criticizes the Court of Auditors on the audit of the gold holdings abroad: Since lacked a concept of what constitutes a gap in the internal control system. The OeNB denies it, which was founded in 2013 department of “values ??Revision” fulfills that function already.

What, no rigged referendum? Or maybe this is the next logical step from the only country in Europe to push for the now-cancelled Russian “South Stream” pipeline.

So, who’s next? Because if you act now, you may still be able to recover some of the physical gold “located” in the gold vault located at the bottom of Libert 33 (which just happens to share a tunnel with the JPM gold vault located just across the street).

As for what this ever more aggressive scramble by official monetary authorities to repatirate their gold means, we hardly need to comment what that means for the future of “non-6000 year old, non-traditional” fiat currencies.