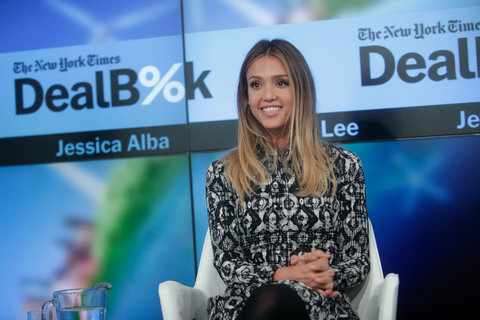 In a world in which neither the Fed, nor the sellside (Goldman was forecasting $100 oil for years to come as recently as October 29), and certainly not tenured economists have any idea what lies beyond the next corner, perhaps the best place to look for financial answers are Hollywood celebrities such as Jessica Alba. So, in our pursuit of truth, financial answers and the Hollywood way, we give you… Jessica Alba.

Yes, the shapely artist alternatively known as Cash Money, was at yesterday’s DealBook conference sharing deep insight. Why? Because among all the other ridiculous capital misallocation opportunities presented to West Coast venture capitalists in recent years thanks to the Fed, her diaper delivery startup, Honest, launched in 2012 and which is unbelievably valued at $1 billion, is preparing for its IPO as reported previously.

Here, courtesy of DealBook, is what she had to say: