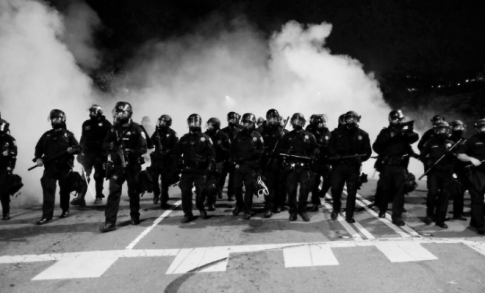 BERKELEY, Calif. (INTELLIHUB.COM) — Like a scene out of the middle-east, police clashed with protesters Saturday night, after instigators from the crowd of over 300 were reported to have been throwing “rocks”, “bottles” and even “pipes” at officers.

Police retaliated by firing teargas and rubber bullets back into the crowd.

At least one protester was beat by a police baton and was bloodied in the back of the head.