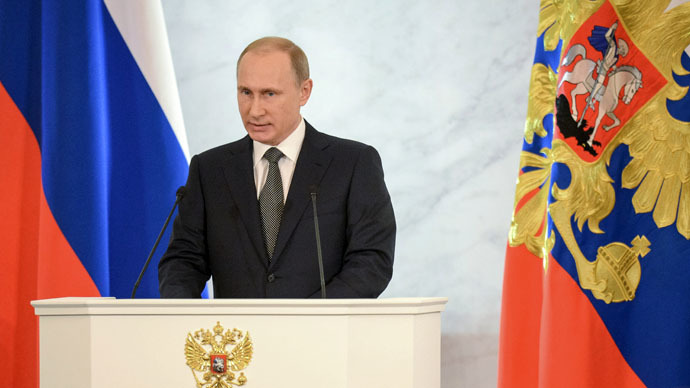 President Vladimir Putin ordered the government to cut budget spending in 2015-2017 while sparing outlays on defense and national security.

Expenditures must be lowered by at least 5 percent a year in real terms by reducing inefficient spending, according to a statement on the Kremlin’s website today. He also ordered the government to introduce a three-year supervisory “holiday” for small businesses.

The instructions elaborate on policies outlined yesterday in an annual address to lawmakers and top officials, according to the statement.

The economy of the world’s biggest exporter is on the brink of recession after oil prices plunged and sanctions imposed by the U.S. and its allies over the conflict in Ukraine stoked capital outflows and undermined the ruble. Gross domestic product may shrink 0.8 percent next year, compared with an earlier estimate of 1.2 percent growth, according to the Economy Ministry.