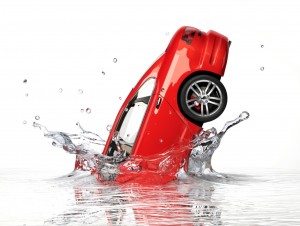 I’ve covered the ever expanding subprime auto loan market on several occasions over the past couple of years, most recently in the post: Chinese Homebuilders Expand in America as U.S. Auto Loans Hit Record Levels. As they always do, it appears that the chickens are starting to come home to roost.

An increasing number of borrowers are falling behind on their car payments, even as the total amount of outstanding debt reaches new heights, according to the latest report by Experian, the credit and research firm.

In a presentation on Wednesday, Experian said the balance of loans that were 60 days delinquent increased 27 percent, to roughly $4 billion, in the third quarter from the same period a year ago.

Signs of trouble in the market come after a significant increase in lending to people with damaged credit and limited financial means.

Analysts have warned that a loosening of underwriting standards for subprime auto loans could cause widespread losses in the financial system because much of the debt has been securitized and bought by investors around the globe.

Finance companies, which tend to focus more on subprime customers than traditional banks, had the largest increases in delinquencies in the third quarter. 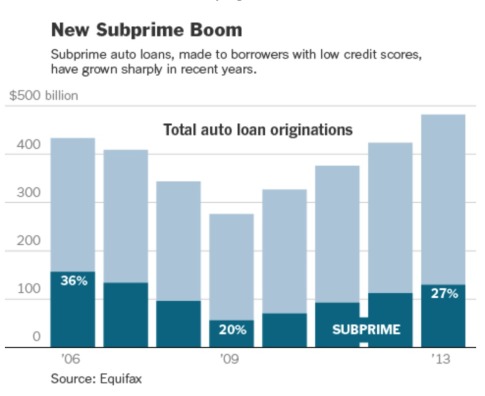 I continue to rely on the work of Martin Armstrong when it comes to timing large macro changes, and he has been forecasting the U.S. economy to fall off a cliff in second half of 2015. That’s when all the underlying issues I write about at Liberty Blitzkrieg likely will explode to the surface.