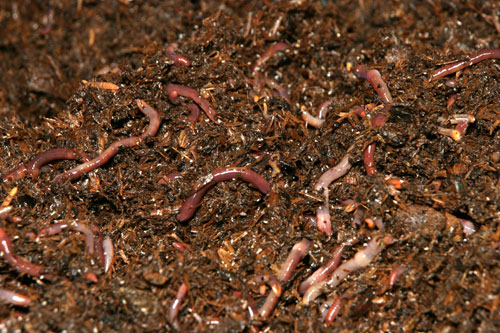 Pesticides’ sublethal effects are not regularly taken into account when assessing agrochemical’s toxicity. With the objective of detecting chronic, sublethal effects of the widely used herbicide glyphosate, an experiment was performed using the earthworm Eisenia fetida as model organism. Earthworm adults were randomly assigned to three glyphosate treatments: control (no glyphosate), regular dose for perennial weeds, and double dose. Six E. fetida individuals were placed in each pot. Two random pots were taken weekly from each treatment and the number of adults, individual weight, number of cocoons, and presence and number of young earthworms were recorded. A matrix analysis was performed with the data. The matrix population model built showed that while the control population had a positive growth rate, both glyphosate treatments showed negative growth rates. The results suggest that under these sublethal effects, non-target populations are at risk of local extinction, underscoring the importance of this type of studies in agrochemical environmental risk assessment.