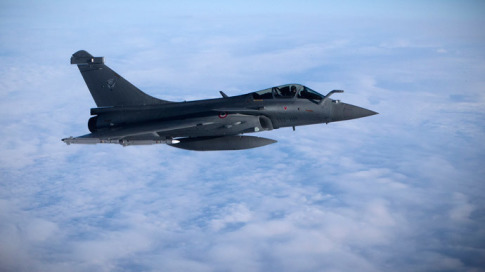 The Swedish military has confirmed a “Russian” aircraft that entered Swedish airspace on Saturday was actually French. The Expressen newspaper had falsely reported a Russian plane was “a couple of kilometers on the wrong side of the border.”

The military plane actually turned out to be from France and Jesper Tengroth, a press officer for the Swedish military said they are now going to investigate what the plane was actually doing there. Speaking to The Local news website, he was unable to give any further details about the French aircraft and added the Expressen publication would, “have to take responsibility for their sources.”

The French Embassy in Stockholm says they are currently investigating the air violation. “I do not have any information right now. We are in contact with Paris to understand what is happening,” said Lionel Fabre, who is the embassy’s press officer, as reported by Expressen.

However, Janzen made no mention of the mix-up on his Twitter page, preferring to continue condemning Moscow for testing Europe’s air defenses.

The claims about a possible Russian violation of Swedish airspace came just a day after Russian President Vladimir Putin had appeared on German television to say that his country had not violated international airspace.

Russia does send military patrols towards other nations, but the aircraft are instructed to stay in international airspace. NATO usually scrambles its fighter jets to shadow Russian planes, just as Russia does when NATO warplanes are spotted close to Russian borders.

Reports of Russian incursions into national airspace regularly appear in the media, but they are often not officially confirmed or are disproved later. Even Washington – which doesn’t typically hesitate to accuse Russia of wrongdoing with little to no evidence – says Moscow complies with international law when flying close to American borders. The US can only say that it doesn’t see “the security environment as warranting international activity,” in the words of State Department spokesperson Jen Psaki. The false allegations of a Russian plane entering Swedish airspace come just weeks after Stockholm believed a Russian submarine had strayed into Swedish waters, not far from the country’s capital.

#Sweden air space was actually violated by French not a Russian plane. Hey, the flag is hard to tell if you’re not sure which way is up.

Reports of a Russian distress signal and a grainy-picture were enough to deploy the navy, while the media concluded the vessel had to be a Russian submarine spooking the Scandinavian country. The whole operation set Sweden back to the tune of $2.8 million.

However, the Swedish newspaper Dagens Nyheter, cited a Swedish Intel source who confessed there was no distress call.

Citing freedom of information requests and its own sources, the paper said Sweden’s signal intelligence agency knows nothing about the alleged distress calls, and registered no spikes in communication with Kaliningrad at the time.

“I’d be glad to read about that emergency call myself. But it didn’t happen, this information is incorrect,” the newspaper cites a source as saying.