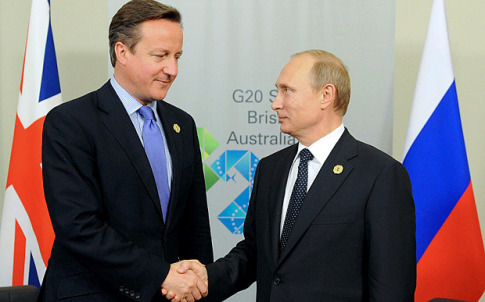 Vladimir Putin leaving G20 early “to get some sleep”

Vladimir Putin, the Russian President, claims he has left the G20 early because he is tired and needs more sleep before returning to work on Monday.

Mr Putin flew out of Brisbane in Australia amid intense criticism from other Western leaders over Russia’s intervention in the Ukraine.

However, Mr Putin claimed that his decision to leave was nothing to do with the tense meetings he has held with leaders including David Cameron and Francois Hollande, the French President.

“It will take me nine hours to Vladivostok and another nine to Moscow,” said the Russian president. “On Monday morning I have to go to work and I need four to five hours’ sleep.”

Mr Putin said Ukraine had not been mentioned during the official sessions of the G20, but had dominated bilateral discussions with other leaders.

He accused the authorities in Kiev of imposing an “economic blockade” on the breakaway Russian-speaking regions of Lugansk and Donetsk.

“I think this is a big mistake, because what they are doing is cutting away those territories from their country,” said the Russian leader. “Why they are doing it I don’t understand.”

Mr Putin described his talks on Ukraine with European leaders as “very frank, very substantive and, I think, helpful”.

“I think we were able to get to a point where we understand each other better,” he said. “We have our motives and I think that our partners were able to express their concerns to me. I think this will help us.”

He said he wanted to work together with Ukraine “as soon as possible” on resolving difficulties, and said he could see “some promising trends right now” which gave him hope of making progress.