“You really cannot make this up……..Next they’re going to be setting up road blocks everywhere because they think terrorists are hiding in our fuel tanks.” 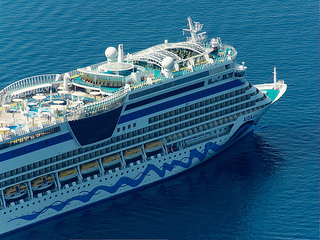 Ho ho, this is just hilarious. But serious.

You know what cruises are, right? A couple of days at sea, a day or two in some cheesy port, mostly time spent eating madly at buffets, sucking down booze, laying in the sun in between turns at the buffet and the bar, that kind of thing. Other than regular occurrences of alcohol poisoning, heart attacks on the massage tables and the occasional passenger overboard, cruises are pretty laid back vacations.

Proving overreaction to terrorism is not merely an American hobby anymore, Interpol has said some of those jihadis trying to join militant groups in Iraq and Syria are using cruise lines now to get to countries like Turkey to infiltrate in. The answer? More invasive security with more secret watch lists of course, this time in the form of new name checks on passenger lists extended from airlines to cruise operators before, Interpol warns, “the issue became more of a problem.” This is not satire and is actually true. The BBC reported it.

Unfortunately, Interpol could provide no figures on how many militants have travelled in this way.

Interpol’s director of counterterrorism, Pierre St. Hilaire, a Bond-villain name if there ever was one, said Turkish authorities said they have deported hundreds of “suspected” jihadists in recent months after detaining them at airports and bus stations. This has led prospective fighters to make alternative travel arrangements in an effort to avoid detection. Regular stops at ports in the region would allow fighters to disembark undetected and make their onward journey to Syria or Iraq untracked by security agencies.

Interpol officials said the militants’ use of cruise ships had emerged only in the “past three months or so.”

Those cruise ships are big, but may need to add more capacity for the jihadi surge. A recent United Nations report estimated there were 15,000 foreign jihadists from more than 80 countries already fighting with Islamic State and other extremist groups in Syria and Iraq.

Leaving aside the fact that you can walk or take a taxi into Turkey, let’s examine this cruise ship idea. For it to work, jihadis would of course first need to pay the hefty fares. But they seem well-funded, in large part via black market oil smuggled onto international markets via Turkey, so the money’s covered. But the jihadis would also have to blend in with the rest of the Love Boat passengers. So with that in mind, we now segue into the See Something, Say Something advice of this article.

Recognizing A Jihadi Aboard a Cruise Ship

– Look for skinny people among your fellow cruisers. The vast majority of cruise passengers are obscenely obese Americans, Germans or rich Russians. A skinny jihadi is going to stand out like a McRib sandwich at a vegetarian restaurant.

– Be very suspicious of sober people. Most cruisers are drunk off their butts even before boarding the ship, and maintain a state of constant drunkenness throughout. Bloodies at breakfast, buckets of beer by the pool, wine and champagne in the evenings, IV drips of vodka overnight, are all the norm. That flinty-eyed sneak nursing a Diet Coke is trouble.

– Dress aboard a cruise ship is casual. Wear-your-bathrobe-without-underwear to dinner kind of casual. Keep a sharp eye out for passengers wearing head coverings and those checked scarves over their bathrobes. Exception: Hipsters and Russell Brand, who also wear those scarves but if either are thrown into Guantanamo by accident, no great loss.

– Conversation aboard a cruise ship is largely about when to drink next and crude attempts to pick up men/women. Some passengers also chat about sexually harassing the staff or how much they ate at the all-you-can-eat lard bar. If someone keeps switching the topic to how many infidels can fit into the hot tub, be wary.

Eternal vigilance is the price of cruising freedom. Don’t leave home without it! 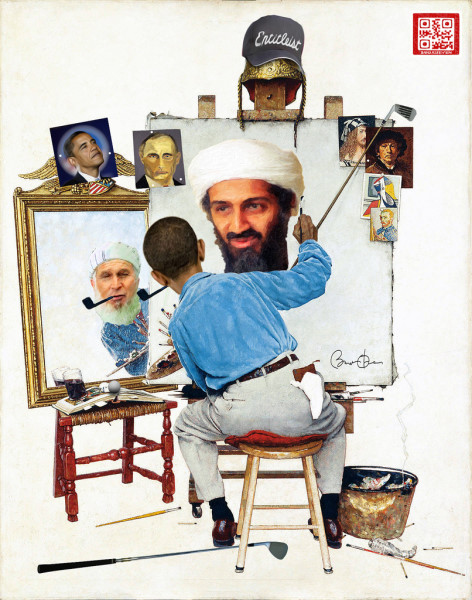