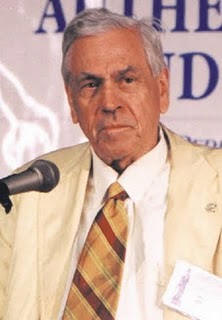 In this interview Dr. Maurice Hilleman reveals some astounding revelations. He admits that Merck drug company vaccines (Polio) had been deliberately contaminated with SV40, a cancer-causing monkey virus from 1953 – 63.

For years, researchers suggested that millions of vials of polio vaccine, contaminated with SV40, infected individuals which caused human tumors, and by 1999, molecular evidence of SV40 infections were showing up in children born after 1982. Some experts now suggest the virus may have remained in the polio vaccine until as late as 1999.

In 2002, the journal Lancet published compelling evidence that contaminated polio vaccine was responsible for up to half of the 55,000 non-Hodgkin’s lymphoma cases that were occurring each year. And there is the likelihood that there was an importing and spreading of the AIDS virus in the same manner, as revealed in the video.

At first no one could fathom how the virus had been transmitted into the human population, but this shocking video proves that it was deliberately added to the vaccine by Dr. Maurice Hilleman, which was “good science” at that time.

Just Who is Dr. Maurice Hilleman?

Now, for those of you who may think Dr. Hilleman was just another crackpot (he passed away in 2005), think again. He was, and still is, the leading vaccine pioneer in the history of vaccines. He developed more than three dozen vaccines—more than any other scientist in history—and was the developer of Merck’s vaccine program.

He was a member of the U.S. National Academy of Science, the Institute of Medicine, the American Academy of Arts and Sciences, and the American Philosophical Society, and received a special lifetime achievement award from the World Health Organization.

When he was chief of the Department of Respiratory Diseases with what’s now the Walter Reed Army Institute of Research, he discovered the genetic changes that occur when the influenza virus mutates, known as shift and drift. He was also one of the early vaccine pioneers to warn about the possibility that simian viruses might contaminate vaccines.So Dr. Hilleman knew what he was talking about. And in his own words, “vaccines have to be considered the bargain basement technology for the 20th Century.”