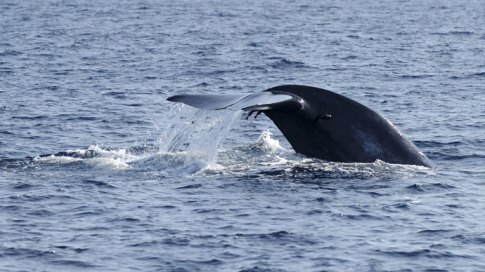 At the center of the controversy are the lives and health of potentially millions of marine mammals, which can suffer hearing loss or damaged lungs from powerful sonar and death from underwater explosions.

The Council’s representatives in the lawsuit, including the Natural Resources Defense Council (NRDC), argue that the use of sonar and explosives in the war games will kill too many blue whales, dolphins and seals to justify the training plans.

Environmentalists specifically point to the Navy’s own numbers in making their case. Back in 2013, the Navy projected that 155 marine mammals would be killed between 2014 and 2019 as a result of the war games. Thousands of animals would face permanent injuries, while almost 10 million would suffer temporary hearing loss or have their normal routines and behaviors disrupted.

“The more we look at the Navy’s activities, the more we’re finding the potential for harm,” said NRDC’s Michael Jasny to the Post.

“Excruciating noises are in store this winter for #whales and many other marine mammals” #US #Navy #Dolphins… http://t.co/uY8ixY6TPQ

For its part, the Navy has taken exception to the claims of advocates, saying they are misrepresenting the numbers. Navy spokesperson Kenneth Hess reiterated that the figures are not meant to depict one year’s worth of activity and also that they “represent worst-case scenarios.”

“Despite decades of the Navy conducting very similar activities in these same areas, there is no evidence of these types of impacts,” Hess said to the newspaper. He added that permits for these exercises “can only be issued if our activities will have no more than a negligible impact on marine mammal populations.”

Researchers who support the Navy’s position also argue that opponents are trying to gain attention by asserting all these sea-going animals will die.

However, environmental activists note that the Navy’s estimates go beyond the number of deaths permitted under the MMPA. Considering that is the case, they argue there is no evidence suggesting the Navy tried to scale back the potential damage after releasing its projections.

“No one is suggesting the Navy shouldn’t be allowed to do testing and training,” said Eearthjustice attorney David Henkin to the Post. “The question is whether they need every inch of the ocean … particularly biologically significant small refuges.”

So far, the US court system has sided with the Navy. In 2008, the Supreme Court ruled that environmental interests took a backseat to the military’s, but animal rights advocates are hoping that the link between sonar and animal health, as well as the Navy’s estimated fatalities, will help influence a different decision.

Marine mammals ‘must be sacrificed’ for Navy war games. But how many #whales & #dolphins are too many? http://t.co/hB7arrkPwW

3 thoughts on “US Navy To Kill, Injure ‘Thousands’ Of Whales, Dolphins During Drills”