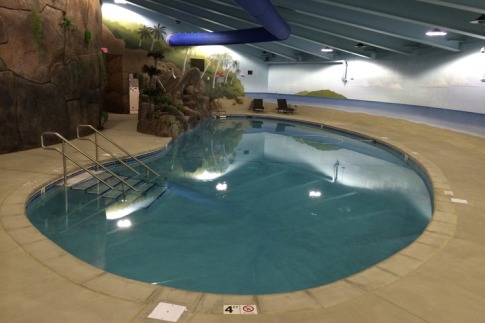 The projects tap into an undercurrent of angst among some affluent folks that has persisted since the terrorist attacks of Sept. 11. The global financial crisis and now the possible dangers posed by the Ebola virus and the rise of Islamic State have fueled their safety concerns.

The condos, his company claims, can make it possible to lead an uninterrupted life of luxury underground. In addition to the standard perks—which also include a spa, dog park, fitness center and medical facilities—the complex has enough emergency food on hand to last for up to five years. There’s also a holding cell for unruly occupants.

Individual units have 9-foot ceilings. lighting mimics sunlight as much as possible. In place of windows, there are video screens that can exhibit a resident’s choice of scenery, from landscapes to urban skylines.