“Capital must protect itself in every way… Debts must be collected and loans and mortgages foreclosed as soon as possible. When through a process of law the common people have lost their homes, they will be more tractable and more easily governed by the strong arm of the law applied by the central power of leading financiers. People without homes will not quarrel with their leaders. This is well known among our principle men now engaged in forming an imperialism of capitalism to govern the world. By dividing the people we can get them to expend their energies in fighting over questions of no importance to us except as teachers of the common herd.”
– J. P. Morgan

“Somewhere ahead I expect to see a worldwide panic-scramble for gold as it dawns on the world population that they have been hoodwinked by the central banks’ creation of so-called paper wealth. No central bank has ever produced a single element of true, sustainable wealth. In their heart of hearts, men know this. Which is why, in experiment after experiment with fiat money, gold has always turned out to be the last man standing.”
– Richard Russell 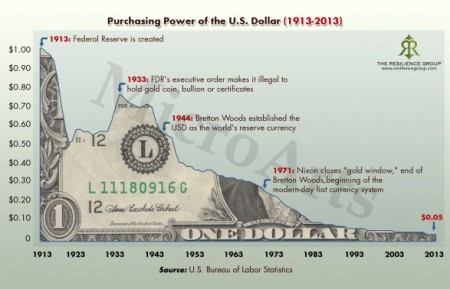