Two days ago we quoted an ex-CIA officer who warned that the “Saudis Have Good Reason To Be Concerned” as a result of what appears to be a redirection of ISIS tactics, and attacks, toward the one country which has, at least for public consumption purposes, been – together with the US – at the forefront of the anti-ISIS campaign in the middle east.

Recall that according to Bloomberg, a Saudi citizen suspected of organizing the attack on Shiite worshipers in the oil-rich Eastern Province returned from fighting in Iraq and Syria, according to Saudi-owned newspapers. Or, as suggested, ISIS has arrived in the world’s largest oil exporter. The citizen organized a cell that carried out the attack that killed seven people in the Shiite village of al-Dalwah after sneaking across the border into the kingdom.

This would be the first time that a Saudi returning from the latest conflicts in Iraq and Syria attacked targets in the world’s largest oil exporter, raising concern that sectarian violence may escalate.

End result: a crackdown by the Saudis to prevent any future attacks by alleged Jihadists, and as Al-Arabiya reported earlier, overnight authorities in Saudi Arabia arrested 33 people with reported links to the al-Ahsa killings, disrupting plans of another attack by the same cell, Al Arabiya News Channel reported. 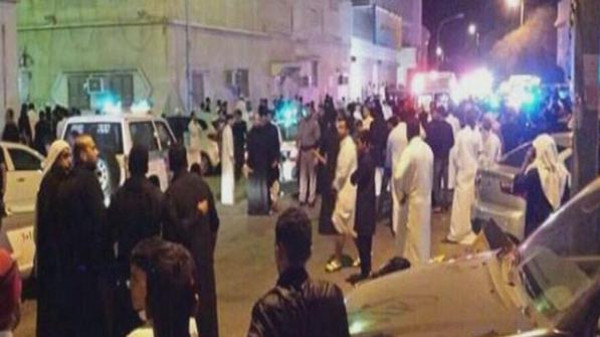 The suspects were reportedly convicted of terrorism-related charges in the Kingdom prior to the incident and had been planning an attack targeting security, govern facilities and public figures, according to sources cited by Al Arabiya.

One does wonder then if the Saudis lied when they downplayed the previously reported explosion in a pipeline south of Riyadh, near the town of Sudair, instead blaming it on repairs just to make it seem that terrorism is fully contained in the kingdom.

Masked gunmen attacked a group earlier this week as they prepared to commemorate the Day of Ashoura, fatally shooting five people and wounding nine others, a plot sources told the news channel was aimed to create chaos in different parts of the Kingdom.

The operation to identify and apprehend those connected to the killings is ongoing, Al Arabiya News Channel reported.

As commented before, a peculiar dynamic has emerged in recent weeks whereby as a result of Saudi’s aggressive OPEC non-compliance strategy, the oil-rich nation has promptly become the least favored nation for virtually all oil exporting nations, which as repeatedly discussed in the past two weeks, have seen their currencies crash as a result of Saudi crude dumping, which has sent the price of Brent plunging and taking the various currencies of oil exporters with it. Which is why a few days ago we said  that “perhaps one of the numerous oil exporting nations whose economies are getting crushed due to Saudi oil-price suppression tactics, will suddenly realize that the enemy of my enemy is my friend. And the last thing the US wants is to deal with an ISIS threat that has the behind the curtain support of some of the biggest global producers of oil.”

We would not be surprised if the price of oil were to suddenly snap back much higher following one or more “terrorist” attacks on the oil infrastructure in Saudi Arabia were to leak to the outside world in the coming days.