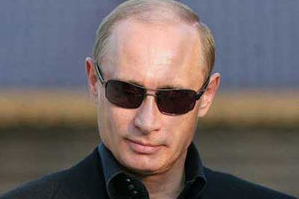 The SCO was founded in 2001, ostensibly to collectively oppose extremism and enhance border security. But its real reason for being is larger. Putin sees it in a broad context, as a counterweight to NATO (a position that the SCO doesn’t deny, by the way). Its official stance may be to pledge nonalignment, nonconfrontation, and noninterference in other countries’ affairs, but—pointedly—the members do conduct joint military exercises.

Why should we care about this meeting in the middle of nowhere? Well, obviously, anything that Russia and China propose to do together warrants our attention. But there’s a whole lot more to the story.

Since the SCO’s inception, Russia has been treading somewhat softly, not wanting the group to become a possible stalking horse for Chinese expansion into what it considers its own strategic backyard, Central Asia. But at the same time, Putin has been making new friends around the world as fast as he can. If he is to challenge US global hegemony—a proposition that I examine in detail in my new book, The Colder War—he will need as many alliances as he can forge.

Many observers had been predicting that the Dushanbe meeting would be historic. The expectation was that the organization would open up to new members. However, expansion was tabled in order to concentrate on the situation in Ukraine. Members predictably backed the Russian position and voiced support for continuing talks in the country. They hailed the Minsk cease-fire agreement and lauded the Russian president’s achievement of a peace initiative.

However, the idea of adding new members was hardly forgotten. There are other countries which have been actively seeking to join for years. Now, with the rotating chairmanship of the organization passing to Moscow—and with the next summit scheduled for July 2015 in Ufa, Russia—conditions could favor the organization’s expansion process truly taking shape by next summer, says Putin.

To that end, the participants in Dushanbe signed documents that addressed the relevant issues: a “Model Memorandum on the Obligations of Applicant States for Obtaining SCO Member State Status,” and “On the Procedure for Granting the Status of the SCO Member States.”

This is extremely important, both to Russia and the West, because two of the nations clamoring for inclusion loom large in geopolitics: India and Pakistan. And waiting in the wings is yet another major player—Iran.

In explaining the putting off of a vote on admittance for those countries, Putin’s presidential aide Yuri Ushakov was candid. He told Russian media that expansion at this moment is still premature, due to potential difficulties stemming from the well-known acrimony between India and China, and India and Pakistan, as well as the Western sanctions against Iran. These conflicts could serve to weaken the alliance, and that’s something Russia wants to avoid.

Bringing longtime antagonists to the same table is going to require some delicate diplomatic maneuvering, but that’s not something Putin has ever shied away from. (Who else has managed to maintain cordial relationships with both Iran and Israel?)

As always, Putin is not thinking small or short term here. Among the priorities he’s laid out for the Russian chairmanship are: beefing up the role of the SCO in providing regional security; launching major multilateral economic projects; enhancing cultural and humanitarian ties between member nations; and designing comprehensive approaches to current global problems. He is also preparing an SCO development strategy for the 2015-2025 period and believes it will be ready by the time of the next summit.

We should care what’s going on inside the SCO. Once India and Pakistan get in (and they will) and Iran follows shortly thereafter, it’ll be a geopolitical game changer.

Putin is taking a leadership role in the creation of an international alliance among four of the ten most populous countries on the planet—its combined population constitutes over 40% of the world’s total, just short of 3 billion people. It encompasses the two fastest-growing global economies. Adding Iran means its members would control over half of all natural gas reserves. Development of Asian pipeline networks would boost the nations of the region economically and tie them more closely together.

If Putin has his way, the SCO could not only rival NATO, it could fashion a new financial structure that directly competes with the IMF and World Bank. The New Development Bank (FKA the BRICS Bank), created this past summer in Brazil, was a first step in that direction. And that could lead to the dethroning of the US dollar as the world’s reserve currency, with dire consequences for the American economy.

As I argue in The Colder War, I believe that this is Putin’s ultimate aim: to stage an assault on the dollar that brings the US down to the level of just one ordinary nation among many… and in the process, to elevate his motherland to the most exalted status possible.

What happened in Tajikistan this year and what will happen in Ufa next summer—these things matter. A lot.