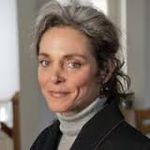 This Skype interview is our opportunity to hear from a physician who doesn’t vaccinate her patients. Listen to her describe the health of the children she sees.

Evanston, IL physician Toni Bark has been an MD since 1986. Back then, she was “quite upset” when she saw a child that was unvaccinated. Of course she hadn’t really been taught anything about the vaccine schedule or side effects. She had merely been told that kids have to be vaccinated. In the early 90’s, Dr. Bark went back to school and studied “classical homeopathy.” Since then, she sees medicine and especially vaccines, in a whole new light.

Dr. Bark has seen the damage that vaccines can cause because a number of the families she has in her practice come to her because their first child suffered a vaccine reaction and they didn’t want to vaccinate their other children.

“What I notice is that children who come to me from other practices where they’ve been fully vaccinated often are–well they are the kids in my practice with asthma, panic disorder, OCD, pandas, autism, Asperger’s. My kids who’ve never been vaccinated in my practice, I don’t see those issues. I don’t have one child who was not vaccinated who also has asthma, food allergies, or Asperger’s or autism, or Crohn’s or ulcerative colitis-none of these chronic, either chronic inflammatory or chronic autoimmune diseases.. I don’t have that in my population that never was vaccinated-or even that was probably vaccinated very delayed and selectively. But often those kids are in families where the first child was vaccinated fully and there was a vaccine reaction, so the parents decided not to.

Dr. Bark noted that some parents even had videos showing the obvious behavior changes before and after vaccinations.

“I don’t understand how people can say that’s not true or it’s coincidental when there are so many parents with the same story. And these are not parents who are anti-vaccine. These are parents who didn’t even question the schedule or anything. They just let the doctors give the kids the vaccines on schedule.”

Dr. Bark recounted how back when she was a resident in the emergency room, parents would bring in their children with febrile seizures and arching backs, and “they had been in the vaccine clinic that day or the day before.”

Dr. Bark said, “A lot of physicians are really, really in the dark about policy, how vaccines are made, how the advisory committees work, the actually history on how small pox was eradicated, the actually history on the first several attempts on the polio vaccine. We kind of tend to rewrite history to make it look like pharmaceuticals saved the day and vaccines saved the day and when you take a closer look, that’s actually not really the reality.

“That’s kind of where I’m at now that I really look at things closely and question them because I know that you cannot believe the mantra coming from, I hate to say it, our regulatory agencies, because they have been captured. The mantra from the CDC, I always question because I know better now. They might be telling the truth, but they might not be,.

“In my practice, and that’s all I can speak for, children with Crohn’s and ulcerative colitis and asthma and Asperger’s and autism and pandas, have all been vaccinated. And my unvaccinated population, which is several hundred, if not maybe a few thousand, I don’t have one autistic kid in that group.”

We often hear the call for a comparison study looking at health outcomes of fully vaccinated and never vaccinated children. We also need to talk to the doctors who either don’t vaccinate their patients or don’t vaccinate according to the ever-expanding vaccine schedule.

And the issue isn’t just looking for autism in these patients. We need to examine their total health picture. We need to ask, is an unchecked, unsafe vaccine schedule making our kids sick?

Here is a discussion https://www.youtube.com/watch?v=VQJ1XdA60dQ&feature=youtu.be between Dr. Sherri Tenpenny and Dr. Bark regarding the movie, Bought. http://boughtmovie.com/