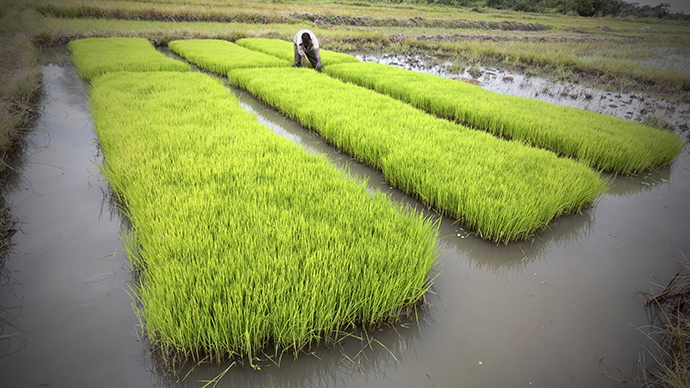 Arsenic may be known as the ‘perfect murder weapon’, but more than half of Britain’s popular rice products – including cereals and snack foods – are filled with the toxic chemical, a new investigation suggests.

According to research conducted by Channel 4’s Dispatches program and the Institute for Global Food Security, around 58 percent of rice-based products in the UK contain huge levels of arsenic.

If an individual is exposed to it over long periods of time, they risk a range of major health problems, including nervous system damage and bladder cancer.

While there is currently no formal regulation over arsenic levels in food, the EU is increasingly concerned about rice-based products, particularly those consumed by young children.

According to the research, products including puffed rice cereal showed high levels of inorganic arsenic, while some baby foods tested had arsenic levels nearly 200 percent higher than the EU’s recommended limits.

Rice is the only major crop grown in flooded conditions, where it absorbs large amounts of inorganic arsenic found in soil minerals. According to the European Food Standards Authority (EFSA), rice typically contains ten times more arsenic than other foods.

The EU has also proposed to limit arsenic in foods for adults to 200 parts per billion (ppb). Currently some foods such as red rice from France contain 310 ppb.

The Rice Association, which represents the rice industry in the UK, said it welcomed the EU’s initiative to limit arsenic, but said it was “confident” there were no health risks associated with regular rice consumption in Britain, and that most of its produce abided by proposed EU arsenic limits.

However, some researchers have said the EU proposals are still too high, and that more importance was being placed on the rice trade than human health.

“The European Union is going to set standards for arsenic levels in baby rice at 100 parts per billion. To my estimation that is far too high. It should be at least half that,” food safety expert Professor Andy Meharg told Dispatches.

“The limits are set so as not to disrupt the rice trade rather than on the risk to human health” he added.

The investigation follows the announcement of new guidelines for inorganic arsenic in rice, set out by the UN’s Food and Agriculture Organization and the World Health Organization earlier this year.