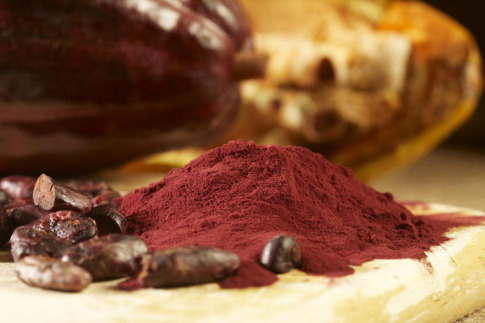 The core goal of the experiment was to study the brain’s dentate gyrus – a part of the hippocampal formation which is responsible for memory formation, and is age-sensitive. So the scientists had to carry out brain imaging to measure its blood volume and prove whether it is a source of typical forgetfulness widespread among the elderly.

“I suppose that our study does show, for the first time, that flavanols improves the function of humans’ dentate gyrus, particularly in ageing humans,” Small told AFP.

To demonstrate the difference before and after the experiment, the participants had to pass special memory tests – a 20-minute pattern-recognition exercise, specifically addressing the dentate gyrus. Faster and clearer recognition among the high-flavanol group was backed by their better blood volume tests.

“When we imaged our research subjects’ brains, we found noticeable improvements in the function of the dentate gyrus in those who consumed the high-cocoa-flavanol drink,” said lead author Adam M. Brickman, PhD, of the Taub Institute in a press release.

However, the results should be verified in a study of a bigger group, and they don’t apply to the disease-associated memory loss, such as Alzheimer caused. Scientists also warn that it doesn’t mean the need of increase in chocolate consumption – and most of the antioxidants cocoa contains are lost during the processing.

“Very simply, the amount of flavanols that are found in chocolate is minuscule compared to the very high amount of extracted flavanols that our subjects consumed. The same is true for most other foods or teas,” Small wrote.

The research was supported by a large US food corporation, which took the responsibility for extracting and preparing the drink in such a way so that it is not lost from the raw plant.

Apart from cocoa and chocolate, flavanols are abundant in some teas, vegetables and fruit – such as grapes, apples or blueberries, but their types vary widely. They are also believed to improve cardiovascular health – to prevent heart attacks and strokes.

Cognitive neuropsychologist Dr. Ashok Jansari told the Independent: “Given a globally ageing population, by isolating a particular area of the brain that is weakening in functioning as we grow older, and demonstrating that a non-pharmacological intervention can improve learning of new information, the authors have made a significant contribution to helping us improve our cognitive health.”

Here is why enzymes are of utmost importance:

“One of the unique characteristics of dried barley leaves (organic and in raw food quality) is their hundreds of LIVE enzymes. Until you understand the significance of this, you cannot appreciate either health or healing!

A good way to help you to understand the importance of enzymes is by giving you an illustration.

An architect, in cooperation with a contractor, may determine every item of material needed for building a new home.

These hundreds of items could be correctly ordered and safely delivered to a building site.

But until the carpenters, brick layers, plasterers, painters and other specialists come to do the work, the home remains unbuilt.

Enzymes are the bodies labor force in performing all chemical and biological processes in the body. We are born with a given, limited amount of enzyme activity (I compare it to a bank account); we must learn to conserve it.

Depleting our enzyme supply (constantly drawing from the bank account by eating only cooked and processed foods) results in a weakened immune system. Weakening our immune system makes us prime targets for disease.”

Enzymes are extremely important for detoxification and our energy level.