If there was one theme from last night’s Cuomo/De Blasio Ebola press conference it was ‘how everyone has been preparing for months’ for Ebola. We can all be reassured, right? Wrong! As The Daily Mail reports (and these stunning photos show), the police officers involved in securing Dr. Spencer tossed their gloves, masks and the caution tape used to block off access to his apartment in a public trash can.

Not just any trash can, but one on a public street corner… 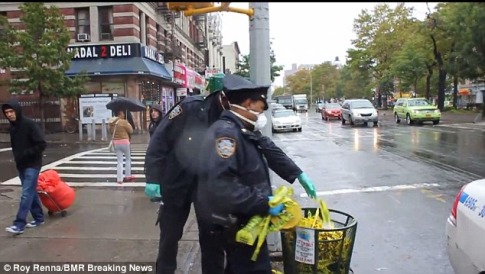 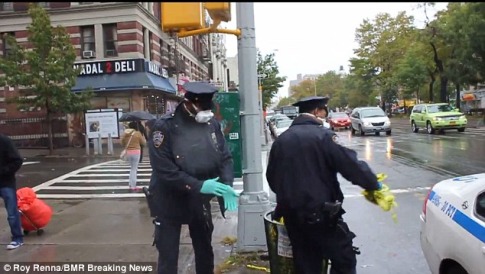 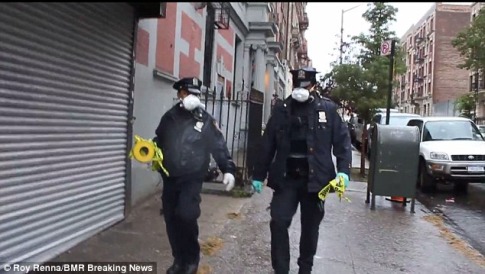 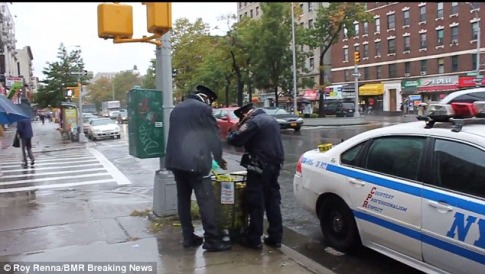 While it is unclear whether the police entered the apartment (which is now locked down and isolated), some are suggesting that for the sake of safety – not to mention public sanity – it would have made sense to discard of these masks and gloves and tape in a biohazard bag.

Seems like not everyone has been preparing for months (since August) for Ebola… no matter, we are all assured by Cuomo’s reassuring words that Ebola is very hard to catch (just don’t tell the hundreds of healthcare workers who have been infected despit all their precautions).