Stop us when the flashbacks to September 11, and its Patriot Act aftermath, become too close for comfort.

As Reuters reported moments ago, Canadian Prime Minister Stephen Harper said on Thursday the government will expedite plans to give more powers of detention and surveillance to security agencies in the wake of an attack on Parliament.

“They need to be much strengthened, and I assure you, Mr. Speaker, that work which is already under way will be expedited,” he told the House of Commons, one day after a gunman launched an attack on Parliament and was shot dead.

On the other hand, instead of giving the government even more authoritarian power to do with civilian liberties as it sees fit and appropriate, perhaps the government’s agencies could have simply done their work better under the existing laws and regulations, especially after the Sky News report that the Ottawa shooter, Canadian born Michael Zehaf-Bibeau, was already on a terror watch list.

The gunman who killed a soldier in Ottawa and stormed Canada’s parliament had been put on a terror watch list, it has emerged.

The attacker, identified as Michael Zehaf-Bibeau by Canadian media, was considered “high risk” and had seen his passport confiscated to stop him travelling abroad to join Islamic State terrorists in Iraq or Syria.

But the 32-year-old was able to strike at the heart of his home country’s capital, shooting dead Corporal Nathan Cirillo before he was himself gunned down by Sergeant-At-Arms Kevin Vickers as he launched his assault on parliament.

US sources said the killer was a convert to Islam from Quebec who grew up in Laval and Montreal and was called Michael Joseph Hall before he changed his name.

But while most have stretched to make a link between Zehaf-Bibeau and Muslim in general (or ISIS in particular), a very distubring direction where this may be headed is revealed in the following:

Family friend Dave Bathurst told the CBC Zehaf-Bibeau did not appear to have extremist views, but had at times shown a disturbing side.

He said: “We were having a conversation in a kitchen, and I don’t know how he worded it – he said the devil is after him.”

Mr Bathurst said his friend frequently talked about the presence of Shaytan in the world – an Arabic term for devils and demons, adding: “I think he must have been mentally ill.”

So while one can understand the stereotyping of fear under the guise of race, ethnicity or religion, what happens when the brand spanking new pre-crime unit of “Oceania” targets not just those who are externally different but pose a risk threat because they could be, according to the government, “mentally ill.” Good luck proving to a jury of peers after the fact of one’s arrest (by the Ministry of Peace of course) that one is, in fact, perfectly normal. 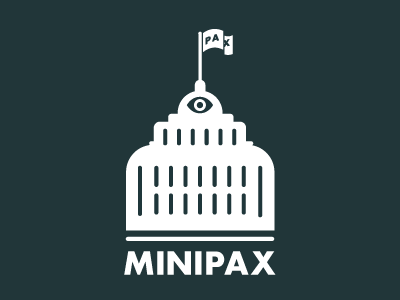