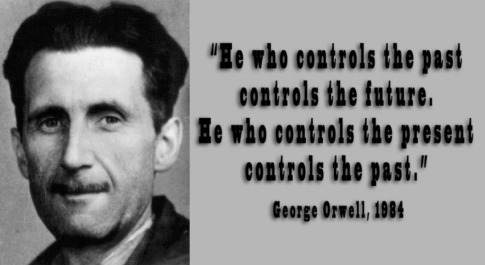 In case you weren’t aware, the Pentagon is set to roll out a 50th anniversary commemoration of the Vietnam War. Personally, it’s hard to get excited about commemorating an event that led to the death of over 58,000 American soldiers and more than a million Vietnamese, particularly since much of it was the direct result of well documented lies and deception, such as the Gulf of Tonkin incident.

What’s worse, the Pentagon intends to rewrite history by whitewashing this period of civil unrest and government shame from American history. The propaganda is so blatant that it has resulted in many of the era’s most well known protestors and activists to come together in order to stop it.

The New York Times reports that:

WASHINGTON — It has been nearly half a century since a young antiwar protester named Tom Hayden traveled to Hanoi to investigate President Lyndon B. Johnson’s claims that the United States was not bombing civilians in Vietnam. Mr. Hayden saw destroyed villages and came away, he says, “pretty wounded by the pattern of deception.”

Now the Pentagon — run by a Vietnam veteran, Defense Secretary Chuck Hagel — is planning a 50th anniversary commemoration of the Vietnam War. The effort, which is expected to cost taxpayers nearly $15 million by the end of this fiscal year, is intended to honor veterans and, its website says, “provide the American public with historically accurate materials” suitable for use in schools.

But the extensive website, which has been up for months, largely describes a war of valor and honor that would be unrecognizable to many of the Americans who fought in and against it.

Leading Vietnam historians complain that it focuses on dozens of medal-winning soldiers while giving scant mention to mistakes by generals and the years of violent protests and anguished debate at home.

In one early iteration, the website referred to the 1968 My Lai massacre, in which American troops killed hundreds of Vietnamese civilians, as the My Lai Incident.

The glossy view of history has now prompted more than 500 scholars, veterans and activists — including the civil rights leader Julian Bond; Daniel Ellsberg, who leaked the top-secret Pentagon Papers; Lawrence J. Korb, a former assistant secretary of defense under President Ronald Reagan; and Peter Yarrow of the folk trio Peter, Paul and Mary — to join Mr. Hayden in demanding the ability to correct the Pentagon’s version of history and a place for the old antiwar activists in the anniversary events.

Mr. Hayden, 74, and other 1960s-era activists who helped him gather signatures, say they do not quarrel with honoring the sacrifice of soldiers. But they object to having the military write the story.

“All of us remember that the Pentagon got us into this war in Vietnam with its version of the truth,” Mr. Hayden said in a recent telephone interview from Berkeley, Calif., where he attended a rally to mark another 50th anniversary, that of the free-speech movement. “If you conduct a war, you shouldn’t be in charge of narrating it.”

He promised “educational materials, a Pentagon exhibit, traveling exhibits, symposiums, oral history projects and much more.” The mission, he said, is to “help the nation take advantage of a rare opportunity to turn back to a page in history and to right a wrong, by expressing its honor and respect to Vietnam veterans and their families.”

Many of the longtime activists also see the petition as deeply relevant today.

“You can’t separate this effort to justify the terrible wars of 50 years ago from the terrible wars of today,” said Phyllis Bennis, a Middle East expert who has known Mr. Hayden since the early 1970s. “When I saw this, I thought immediately, ‘We’ve got to stop this.’ ”

This problem of people in power rewriting history to serve their own ends has been an issue throughout human history, something Julian Assange recently discussed and outlined here: Video of the Day – Hologram Julian Assange Talks George Orwell, Bitcoin and Preserving Human History.