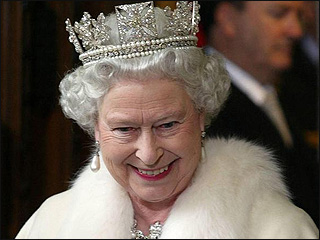 Many people are wondering what really caused Fukushima. While we can look into the geologic studies that were taken prior to the Daiichi event, outlining the active 200 meter fault line that Honshu Island rests right on top off, we are obliged as citizens to look even deeper, more so with the admission of an anonymous U.S. government nuclear official that radiation leaking from the plant just 100 meters away is “astronomical.”

Uranium can be mined for some medical purposes and to make electricity, but its main purpose was and is to fuel nuclear warfare against the world. Just six mines provide 85 percent of the world’s uranium and guess who owns the mineral rights to that land?

It may be surprising to realize it is none other than the Queen of England.

She is not alone in her fear-mongering. Our own government has helped to perpetrate warfare using this substance well before Fukushima. U.S. government officials still insist that the use of depleted uranium in missiles, shells, bullets and armor plating did not contribute to Gulf War Syndrome. And the Rand Corporation helped to promote that lie.

The truth of the matter is that the Queen is sitting on $17 trillion pounds of uranium investments—enough money to end world hunger, fuel the world’s energy needs with non-nuclear, clean sources and definitely stop the poverty in her own country. Draconian laws have been passed both in the U.K. and in the U.S. to protect nuclear energy.

In the U.S., we are subject to the Energy Reorganization Act of 1974, which was put forth by nuclear energy companies and supported by theNuclear Regulatory Commission and the Department of Energy.

There is an extensive list of laws governed by regulatory and institutional agencies that uphold nuclear energy in the U.K. as well.

Since the presidency of George W. Bush and prior, utilizing United Nations weapons inspectors, we have engaged in the fleecing of Middle Eastern and African countries for their uranium deposits. Africa, specifically, has been raped by the warmongering Monarchy.

Nuclear radiation expert Jay M. Gould told the world the about the extent of this combative totalitarianism in his book, “The Enemy Within: the High Cost of Living Near Nuclear Reactors” that the British royal family, especially the Queen herself. She privately owns investments in uranium through Rio Tinto Zinc., the mining company, originally named Rio Tinto Mines. Ronald Walter Rowland, the Queen’s “buccaneer,”allegedly created this entity for the British Royal family in the late 1950s.

Furthermore, without the book “Royal Fortune,” which led to royal palace scrutiny, nobody would have known about the Queen’s Civil List “surplus.” The £35 million would have followed centuries of Civil List surpluses into the royals Swiss accounts. This is where she hid her uranium investments and the spoils of her ultranationalist, perhaps anti-human agenda.

For example, here is a break down for just one of the world’s biggest uranium mines:

Canada’s MacArthur River Mine—the world’s largest high-grade uranium mine, producing 7654 tonnes of uranium (tU), or 14 percent of global production, in 2010. Ore grades at the underground mine average more than 10 percent uranium content, making them one hundred times the global average for uranium mines. Cameco operates the mine and controls 70 percent ownership, while Areva owns 30 percent. Canada was a colony of England, gaining its independence eventually, but still recognizes the Queen as a de facto authority and pays fees to the monarchy for its uranium resources.

The fact is that depleted Uranium is one of the most toxic substances on the planet. Uranium occurs naturally and artisans used it as a natural yellow oxide to color ceramics at one time, but once it is transformed into war-toys, or used in nuclear power plants, it is “as malicious as Syrian chemical weapons.”

A report from Harvard University’s website details the fallout of depleted uranium contamination in Iraq, which is arguably as pertinent, if not as immediately worthy of the comparison between Chernobyl and Fukushima. Dr. Souad N. Al-Azzawi wrote:

“Depleted Uranium (DU) weaponry has been used against Iraq for the first time in the history of recent wars. The magnitude of the complications and damage related to the use of such radioactive and toxic weapons on the environment and the human population mostly results from the intended concealment, denial and misleading information released by the Pentagon about the quantities, characteristics and the area’s in Iraq, in which these weapons have been used.”

The concealment of the use of uranium in nuclear reactors is no different. In the case of the Daiichi plant, no final disposal solution for any of the radioactive waste from the site has been found, although some of it is being disposed of in the form of depleted uranium munitions and with disastrous humanitarian consequences.

Wars are waged around the globe, from the Soviet Union to the Middle East, Syria, and Afghanistan—and now Japan, through an “accident,” which many say was a false flag event—but the real purveyor of this nasty radioactive chemical is the Queen herself.

Operation Wigwam, Operation HARDTACK I  and II and Operation Crossroads are prime examples of how easy it is to detonate tsunami-making bombs from deep under the ocean’s surface. There is no need for nuclear power, let alone nuclear weapons. In trying to amass the world’s wealth, the elite class will poison their own nests.  Your well-being is just collateral damage in a world gone mad.