– US Troops, World Bank And IMF Set The Stage For Liberian Resource Extraction:

“After all the publicity about John Perkins’ book & video interviews, the thinkers among us must be so disappointed that a re-run of the typical scenario is being carried out in broad daylight, right under everyone’s noses…..in your face blatent raping of a Sovereign Nation using an engineered virus as cover.

It doesn’t get any more distasteful than this.”

Paul Craig Roberts served as an Assistant Secretary of the Treasury in the Reagan Administration. He was associate editor and columnist for The Wall Street Journal and columnist for Business Week and the Scripps Howard News Service. In 1992 he received the Warren Brookes Award for Excellence in Journalism. In 1993 the Forbes Media Guide ranked him as one of the top seven journalists in the United States. He is also chairman of The Institute for Political Economy. 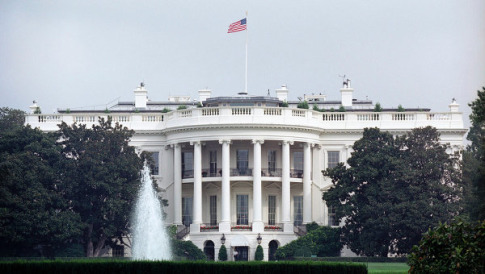 American Government cannot be trusted to tell the truth

TLANTA, October 12 (RIA Novosti) – A number of readers have noted reports that the CIA was active in West Africa just prior to the Ebola outbreak, and some claim to have discovered reports that the Ebola strain is a weaponized version of the virus, which was re-engineered so that it could be spread by air and surface contact. I’ve been asked to confirm or refute these reports; others want to know if the One Percent or the Bilderberg Group have started the process of eliminating the surplus population.

The only people who would be able to answer these questions would be the people responsible, if such a plot is actually underway. Even then, the warning would most likely be ignored or discredited. A top NSA official, William Binney, told us years ago about how his organization was responsible for illegal and unconstitutional spyings, but nothing was done about it.  Edward Snowden told us again, and he was labelled a Russian or Chinese spy. Congress has not conducted a meaningful investigation.  No heads have rolled. The presstitute media attacks Snowden, not the NSA, and so on.

Although I cannot answer the questions, I can draw important conclusions from the fact that so many people are asking them. It is clear as day that the US government has lost all credibility among large segments of the American population as well as abroad. Increasingly, Americans do not believe their government or the media that lies on its behalf. This is why the print and TV media are on the decline, making it easier for the CIA to pay them off to serve its agendas.

Or shall we go back to the official lies about President John F. Kennedy’s assassination? Or Martin Luther King’s? The Tonkin Gulf? The USS Liberty? Pearl Harbor? “Remember the Maine”? Or the granddaddy of them all – 9/11?

Try to come up with one important event about which the US government did not lie.

My Ph.D. dissertation chairman, G. Warren Nutter, who was later given the task of winding down the Vietnam War, taught his students that democracy requires trust between the government and the people. Clearly, the government does not trust the American people. Washington pursues hidden agendas that it advances by actively deceiving them.

The first observant and patriotic citizens who warned us of the deceptions practiced by our government were dismissed as “anti-American.” Patriotism became defined as “belief in the government’s word,” as British Prime Minister Cameron reiterated the other day. Today skeptics who champion free speech are defined by Homeland Security as “domestic extremists.”  Anyone who tells the truth in America is instantly discredited. Indeed, to speak freely in America is a high-risk activity.

As G. Warren Nutter taught, our democracy only works when the government’s agenda is always transparent and consistent with American principles. When the government lies in order to orchestrate wars that benefit special interests, it breaks a bond of trust with the people and becomes arbitrary, dictatorial, and unaccountable. When the media is more concerned with money than the truth, the government gets away with its plans.

The government has gotten away with so much that I cannot imagine anything they could not get past us.