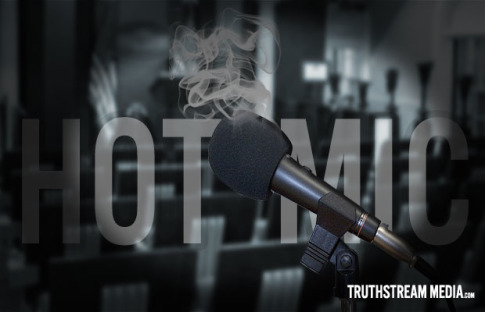 For a little insight into what our mainstream media really thinks (but will never say), check out what CBS News Chief White House Correspondent Major Garrett and two of his colleagues said when Garrett apparently forgot his mic was still on after the White House’s October 3rd press briefing on the government’s Ebola response ended.

Now, Aaron and I are in no way saying “we’re screwed.” We’re just trying to show you these mainstream reporters obviously don’t believe the government’s b.s. any more than we do…yet they go on prime time TV and tell everyone exactly what the government wants us all to hear night after night. It really is all just a big fat dog and pony show, and this clip is just more (quite obvious) proof of that.