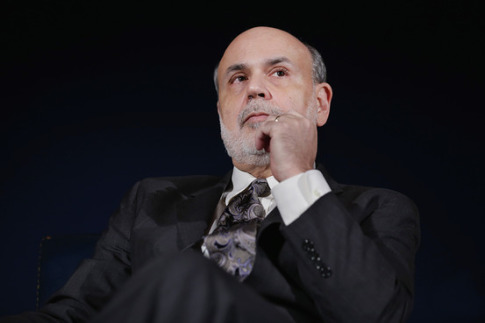 First a secret “Doomsday book“, and now this?

Flash back to those days in September 2008 when the financial system was on the verge of collapse and when first Lehman failed and then AIG was knocking on heaven’s door. While the story of the former has been written, it is the still incomplete history of the latter that is the reason why Hank Greenberg, the largest shareholder of AIG at the time, is suing the US government for bailing out AIG, alleging the US exorted shareholders when it provided a $182 billion bailout to the insurance company whose Joseph Cassano had seemingly sold insurance on every insolvent mortgage-related security: a strategy which worked in a rising market and led to a near systemic catastrophe when the market crashed.

We won’t debate the merits of Greenberg’s lawsuit, which is currently raging in court under STARR INTERNATIONAL COMPANY V. UNITED STATES, U.S. Court of Federal Claims 11-cv-00779 (it should be painfully clear by now that neither AIG nor crony capitalism as it exists now would have survived had Goldman and its NY Fed branch not extended several trillion in taxpayer funds to preserve the status quo), however we will note one thing: recall that when the terms of the AIG bailout first made waves in 2010 courtesy of Darrell Issa we found out something pecliar: none of the members of the Fed had any intentions on making their procedure public.

As Reuters reported back then:

New York Federal Reserve officials debated in November 2008 whether the terms of the bailout of American International Group could be kept secret from the public and whether securities regulators would even permit it to do so, according to emails obtained by Reuters on Friday.

The emails, given to Capitol Hill lawmakers by the New York Fed, revealed that some officials at the New York Fed were surprised and displeased by AIG’s plan to file an exhibit with the U.S. Securities and Exchange Commission that would provide specific details of the Fed-engineered rescue package.

Lawmakers have labeled the AIG rescue a “backdoor bailout” to 16 large U.S. and European banks.

In a November 24, 2008 email, Alex Latorre, a New York Fed assistant vice president, asked: “But can they make these docs public without our consent? Aren’t we parties to this and shouldn’t we have a say?”

Paul Whynott, a New York Fed vice president, responded, “I noted that making the documents public was not contemplated in our last turn.“

Why indeed should the Fed think that it is accountable to the US public: after all by now it has become abundantly clear the Fed only works for a very tiny subsegment of the broader population: those who have a personal net worth of at least $50 million or more.

Nonetheless, after much legal fighting most of the documents ultimately did make it into the public domain and as many expected it was proven beyond a doubt that the Fed had an explicit motive of bailing out the otherwise insolvent banks that also happened to be the Fed’s directors: entities such as Goldman, JPM, Citi, Merrill (if mostly their bonuses) et al.

And while that may have come as a surprise to the Fed, which recently was stunned to learn that its cooption by Goldman Sachs had been documented by one of its former staffers in the form of some 47 hours of secret tapes, one person knew all along that things could very well escalate and become not only public information, but information of a very angry public if the Fed was unable to preserve a paper-wealth status quo in which personal wealth came from a printer.

That person was one Quince, Edward.

There is one problem: Edward Quince never actually existed. Instead, as the WSJ reports, “Mr. Quince was the pseudonym then-Federal Reserve Chairman Ben Bernanke used on emails when he was conferring with colleagues during the financial crisis. The false name was revealed as evidence as part of a class-action lawsuit against the government by shareholders of American International Group Inc.AIG -2.92%, which received a giant Fed-backed bailout as it teetered toward collapse.”

Yup: the world’s most powerful central banker was so terrified of leaving a paper trail with his real name in what he clearly realized was borderline illegal meddling in the financial system, he felt compelled to use a pseudonym!

A Justice Department lawyer, Kenneth Dintzer, introduced emails to and from Mr. Quince as evidence in the case on Wednesday, blowing the cover on the world’s perhaps first undercover, super-secret central banker.

“They were vague as to what they expected from us but it sounded like an open-ended liquidity factility,” Mr. Kohn wrote. “‘A bridge to nowhere’ at this point.”

Later in the email, Mr. Kohn went on: “At the end we could blink if they are too connected to fail, but that will open up an unknown can of worms in terms of access to discount-window credit.”

Mr. Quince replied shortly thereafter: “We think they are days from failure. They think it is a temporary problem. This disconnect is dangerous.”

As it turns out, the Fed did blink. Two days after the email Lehman went bankrupt and the biggest depression in US history started, which naturally meant that the Fed had no choice but to double down, and to make mandatory moral hazard its one and only strategy.

That also is very much known. What is not known is why the Fed’s chairman was, in official communications, using a made up name?

Mr. Dintzer, the Justice Department attorney, told everyone in the courtroom that Mr. Quince was in fact Ben Bernanke, which Mr. Geithner confirmed on the witness stand.

What is perhaps most shocking is that in a room full of lawyers nobody asked the $64,000,000,000,000 question: why did Ben Bernanke feel compelled to use a pseudonym?

It’s not clear why Mr. Bernanke used a false name for emails during the crisis or when the practice started.

And yet, somehow we have a feeling that Bernanke’s surprising departure from the Marriner Eccles building last year, the fact that the DJIA is about to go red on the year, and the fact that nothing that caused the financial crisis of 2008 has been fixed, are all connected.

According to the WSJ, a search of other records shows at least one public reference to Mr. Quince before now. In a hearing of the House Oversight and Government Reform Committee in January 2010, Rep. Spencer Bachus (R., Ala.) read a piece of an email dated March 2009, citing Mr. Geithner (by then the U.S. Treasury Secretary) and William Dudley of the New York Fed: “Secretary Geithner e-mailed William Dudley and Edward Quince, and he said, ‘Where are you on the AIG counterparty disclosure issue?’ You know, are you for disclosing or not?”

The email apparently went on a screen at the hearing, a transcript of the event suggests, but there was no other mention of Mr. Quince after that.

The search for meaning continues:

Furthermore, a Fed spokeswoman, who confirmed Mr. Bernanke’s use of the pseudonym, wouldn’t say why he was using an alias. She said the name didn’t have any particular significance.

Edward Quince doesn’t exactly seem like the type of name you pull out of a hat, but it’s hard to tell what the significance might have been.

Nope. No significance at all.