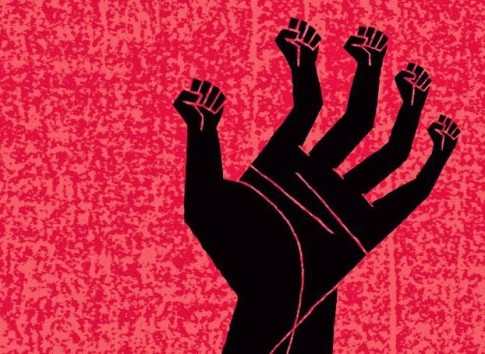 The slogans, leaders, and agenda of the “Occupy Central” movement are supposedly the manifestations of Hong Kong’s desire for “total democracy,” “universal suffrage,” and “freedom.” In reality, the leaders of “Occupy Central” are verified to be directly backed, funded, and directed by the US State Department , its National Endowment for Democracy (NED), and its subsidiary, the National Democratic Institute (NDI).

The talk titled, “Why Democracy in Hong Kong Matters,” spanned an hour, with NED regional vice president Louisa Greve leading the duo through a full introduction of the “Occupy Central” movement, its characters, agenda, demands, and talking points. Anson Chan – Hong Kong’s Chief Secretary under British rule – in particular, with her perfect British accent, insisted repeatedly that the issue was China’s apparent backtracking on “deals” made with the UK over the handover of Hong Kong in the late 1990s.

Lee, as well as members of the audience, repeatedly stated that Hong Kong’s role was to “infect” mainland China with its Western-style institutions, laws, and interests. Lee also repeatedly appealed to Washington specifically to ensure they remained committed to defending American interests in Hong Kong.

Both Lee and Chan would also state that since China appears to be concerned over global perception of how it rules its people, this could be exploited to excise from Beijing concessions over Hong Kong’s governance. This included mention of previous protests, including those led by “activist” Joshua Wong and his suspicious “Scholarism” organization that has been tracked since at least 2012 by the US State Department’s NDI.

And of course, future destabilization was submitted as a viable solution to bending Beijing toward Western concessions.

For those able to listen to the entire 1 hour interview as well as questions and answers, the entire “Occupy Central” narrative is laid bare, verbatim, in Washington DC months before demonstrations began in the streets of Hong Kong. For a supposed “pro-democracy” protest seeking self-governance and self-determination and denouncing “interference” from Beijing, that their leaders are funded by foreign interests, and the plans for “Occupy Central” laid in a foreign capital is ironic at best – utter and very intentional deceit at worst.

Democracy indeed assumes self-governance and self determination. If the US State Department is colluding with, funding, and directing the politicians and protest leaders behind “Occupy Central,” the people of Hong Kong are governing and determining nothing – Washington and Wall Street are.

Martin Lee and collaborator Anson Chan complain about Beijing dictating policy in Hong Kong, while they sit together in a room full of foreign interests who would dictate Hong Kong’s governance instead.

Laid bare is “Occupy Central’s” true agenda. It is not about having Hong Kong vote for who they desire to see in power, it is about getting the foreign-backed political cabal behind “Occupy Central” into power, and disarming Beijing of any means to prevent what is for all intents and purposes the “soft” recolonization of Hong Kong, and a further attempt to divide and destabilize China as a whole.