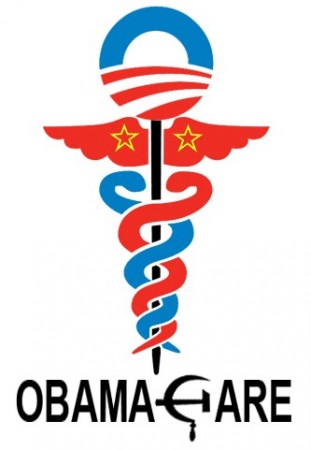 What’s the opposite of government efficiency? In a double-take-instigating headline, the federal government’s Obamacare enrollment system has cost about $2.1 billion so far, according to a Bloomberg Government analysis of contracts related to the project. BGOV’s analysis shows that costs for both healthcare.gov and the broader reform effort are far greater than anything publicly discussed. However, that pales into insignificance when considering health reform has cost American taxpayers $73 billion in the last four years… and counting.

Spending for healthcare.gov and related programs, including at the Internal Revenue Service and other federal agencies, exceeds cost estimates provided by the Obama administration, the analysis found. The government’s most recent estimate, limited to spending on computer systems by the agency that runs the site, through February, is $834 million. 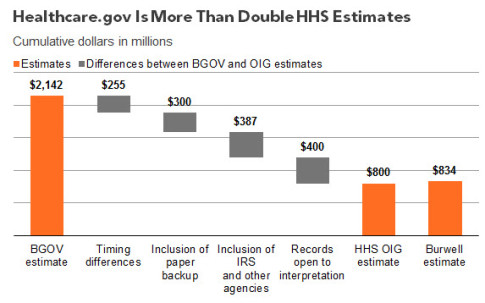 “The way in which Obamacare has been rolled out has been very messy,” with spending scattered across dozens of contracts, many of them predating the law and amended afterward, said Peter Gosselin, a senior health-care analyst at BGov and lead author of study. “One of the reasons it has been implemented in the way it has been, financially, is precisely to deny opponents of the law a clear target.”

The construction of healthcare.gov involved 60 companies, supervised by employees of the Centers for Medicare and Medicaid Services instead of a lead contractor, according to the inspector general at the Health and Human Services Department.

“Round one, the crisis was in the front-end of the system,” Gosselin said. “Round two, it’s going to be in the back office.” 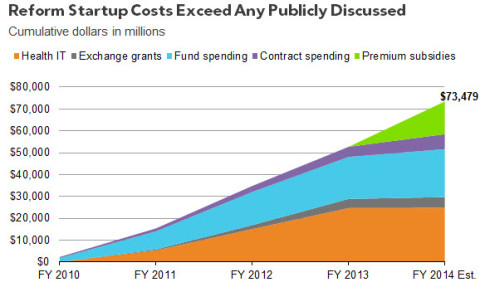 BGOV’s analysis shows that costs for both healthcare.gov and the broader reform effort are far greater than anything publicly discussed. They’re also substantially greater than what the Congressional Budget Office (CBO) initially estimated health reform would cost by this point, although not what the agency’s more recent piecemeal estimates suggest. 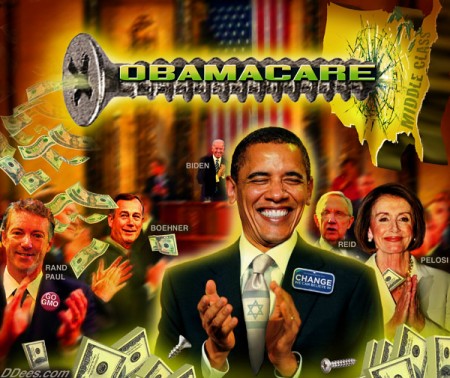