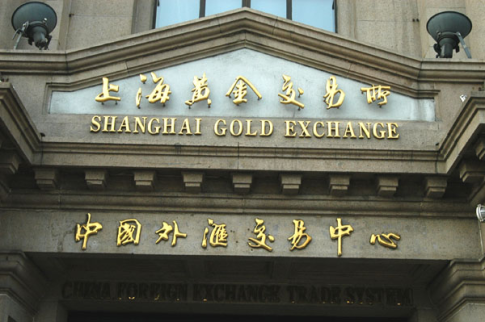 China is slowly moving to dominate the global gold market and it is important to join the dots regarding a few key recent developments in China relating to gold.

When the International Board of the Shanghai Gold Exchange (SGE) was launched last Thursday September 18 during an evening trading session, it was notable that the first transactions were put through by a diverse group comprising HSBC, MKS (Switzerland), and the Chinese banks,  ICBC, Bank of China and Bank of Communications.

Like the domestic SGE which counts precious metals refineries as members, the SGEI will have a diverse group of trading participants including a number of international refineries as well as bullion banks and trading houses.

Precious metals refineries Metalor Technologies and Heraeus have confirmed that they will be participants and along with MKS, this represents three of the largest gold refineries in the world.

One encouraging factor about the SGE and the SGE international platform is that there is a lot of physical gold flowing through the Exchange. Therefore, price discovery is not just based on an inverted pyramid of mostly unallocated gold as in London or mostly cash-traded futures paper gold as in New York.

Like everything in China, the SGE thinks big and it currently employs a network of 58 certified vaults, 55 of which are for storing gold and 3 of which store silver. These 58 vaults are located in 36 Chinese cities that are considered important for gold refining and gold consumption and physical delivery can actually occur between the vaults.

With the launch of the SGEI, the International Board has its own new vault in which international participants can load gold in and out of. The is vault is being managed by Bank of Communications and is strategically located in the Zhabei district, not too far from the Shanghai International Airport. Brinks in Shanghai will be the official transporters of gold for the SGEI.

When the Hong Kong based Chinese Gold and Silver Society (CGSE) announced last week that they plan to build a massive new precious metals vault in Qianhai in Shenzhen, the significance of this announcement was not really appreciated, as of yet.

The vault is not a stand alone project and its real purpose is to support a CGSE gold trading platform in Shenzhen and allow this new Shenzhen gold exchange to link up with the Shanghai Gold Exchange. Shenzhen is less than one hour away from Hong Kong by rail or road.

The CGSE has 171 members and between 50 and 60 of these will be registered to operate on the new Shenzhen gold exchange by as early as next month.

The main objective said Cheung “was to enable a mutual access between CGSE and the Shanghai Gold Exchange for market participants in the form of a “Shanghai Hong Kong Precious Metals Connect”, which could help the local gold & silver industry to gain access to the mainland market through the Qianhai project.”

Chinese A shares are shares of mainland Chinese companies traded in yuan/renminbi. H shares are the Hong Kong listing of the dual-listed mainland stocks training on HK dollars. In the ‘Stock Connect’ there will be northbound and southbound daily flows of liquidity within certain limits between the Hong Kong and Shanghai stock markets. The Shanghai – Hong Kong Stock Connect initiative starts next month on October 13.

The CGSE  therefore is planning that their Shenzhen gold platform will become China’s second gold exchange and offer Hong Kong and the international market another route of access to the mainland Chinese gold market.

This is important news and a very significant development and is worth watching over the coming months.

Recent comments by David Marsh, the co-founder of the influential advisory and research group, the Official Monetary and Financial Institutions Forum (OMFIF), illustrate that a paradigm shifts is also occurring within the official Chinese sector as regards gold and the renminbi currency.

Interviewed at this month’s Chinese gold conference in Beijing, Marsh said that “I don’t know if China has been boosting their official gold reserves,” but he added that  “over the past six or seven years the Chinese authorities probably have been adding to their holdings in different ways.”

Marsh’s most recent comments resonate with similar comments he made in January 2013 when he said that “it is likely that the Chinese authorities will carry on purchasing gold in modest amounts and they will do it in a way calculated not to disturb the market.”

Commenting on reserve diversification at the time, Marsh said that “there’s no reason why the Chinese central bank should hold a disproportionate amount of other countries’ reserve  currencies such as the dollar.”

Just over a week ago, the UK Treasury announced the issuance of its  first ever renminbi sovereign bond, in a move that is seen as a continued boost to the internationalisation of the Chinese currency. The proceeds of HM Treasury’s issue will become part of the UK’s foreign reserves in the Exchange Equalisation Account (EEA).

Last week, to coincide with the British government’s renminbi announcement, David Marsh penned a commentary for the OMFIF on reserve diversification and the Chinese currency titled “A Big Chinese step for Britain: UK moves to forefront of Renminbi internationalisation”.

Marsh highlights that in 2015, the IMF will review the composition of their Special Drawing Right (SDR) monetary unit, and an important milestone for the Chinese currency will be “the possible inclusion of the renminbi” in the SDR. According to Marsh. “there is a growing belief that the Chinese currency now conforms to a sufficient number of standards for convertibility that it will be become one of the constituent parts along with the dollar, the euro, yen and sterling.”

In all aspects of the Chinese gold market, be it the commercial sector or the official sector, the importance of gold as an investment and as a backing to a future currency is being explicitly signalled by the Chinese authorities.

The rest of the world should take note that when the Chinese decide on a plan, they almost invariably see it through. For gold, the Chinese are still planning big and the next phase of this plan is worth watching.

These important developments in the Chinese gold market are bullish for gold in the long term and should reassure jittery investors after recent price falls.