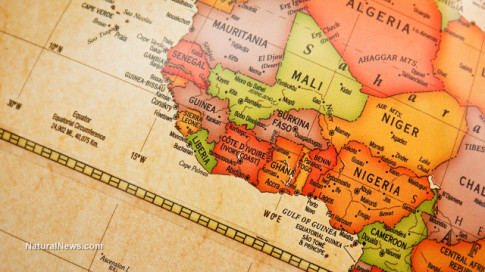 A fifth African country, Senegal, has confirmed its first case of Ebola after a young man tested positive for the virus following admittance to a hospital in Dakar, the nation’s capital. The UK’s Telegraph reports that the man, a student, had just gotten back from a trip to Guinea when he fell ill with symptoms, failing to report that he had come into contact with infected individuals back in his home country.

Guinean authorities say the student was immediately put under surveillance but disappeared for three weeks after that. He later emerged and was placed under medical care, with tests confirming that he had become infected with the deadly illness.

“The results of tests carried out by the Pasteur Institute in Dakar were positive (for Ebola),” stated health minister Awa Marie Coll Seck.

Guinea is where the first reported case of Ebola was identified during the current outbreak. A two-year-old boy, according to The Huffington Post, died from Ebola on December 6, 2013, and just three months later, the death toll jumped to 66. By April, the disease had already crossed the border into Liberia, and today it has been confirmed in at least five countries.

“Currently in Guinea, all the new cases, all the new epidemic, are linked to people that are coming back from Liberia or from Sierra Leone,” stated Marc Poncin, the emergency coordinator from Doctors Without Borders in Guinea, to ABC News. “Everything we do is too small and too late. We’re always running after the epidemic.”

Rumors have also been spreading in some areas about aid workers deliberately infecting people with Ebola. In the Guinean city of Nzerekore, for instance, locals started rioting after it was suggested that the Red Cross intentionally sprayed the local market with Ebola in order to spark a pandemic.

The Telegraph explains that a crowd of young men carrying clubs and knives stormed the city and began erecting barricades in protest. They also threatened to attack a local hospital, spurring the dispatch of security teams to help restore order.

“A rumour, which was totally false, spread that we had sprayed the market in order to transmit the virus to locals,” stated Youssouf Traore, president of the Guinean Red Cross. “People revolted and resorted to violence, prompting soldiers to intervene.”

Senegalese officials shuttered the nation’s border with Guinea following news of the infection, the latest in the worst-ever Ebola outbreak to date. Senegal also banned all flights to and from Sierra Leone, Liberia and Guinea but is still allowing air transport to and from Nigeria.

Meanwhile, officials are warning that the risk of infection is broad and that everyone needs to be on the lookout.

“The epidemic is now so vast and so extensive that one should consider that in the three (hardest-hit) countries, everybody is now at risk and it won’t be over until the last case has survived and six weeks have passed,” stated Dr. Peter Piot, one of the co-discoverers of Ebola, to ABC News.