– Creepy US Spy Agency Flings WORLD SLURPING OCTOPUS Into Orbit: NROL-39 NOTHING IS BEYOND OUR REACH

Glenn Greenwald documented yesterday that, last August, the US government announced that it:

… does ***not*** engage in economic espionage in any domain, including cyber. [emphasis original]

Right after that, the US government was revealed to be, as Greenwald documents:

…spying on plainly financial targets such as the Brazilian oil giant Petrobras; economic summits; international credit card and banking systems; the EU antitrust commissioner investigating Google, Microsoft, and Intel; and the International Monetary Fund and World Bank. In response, the U.S. modified its denial to acknowledge that it does engage in economic spying…

And about 13 years earlier, in the year 2000, William Blumdocumented:

Like a mammoth vacuum cleaner in the sky, the National Security Agency (NSA) sucks it all up … if it runs on electromagnetic energy, NSA is there … Twenty-four hours a day. Perhaps billions of messages sucked up each day. No one escapes. Not presidents, prime ministers, the UN Secretary-General, the pope, the Queen of England, embassies, transnational corporation CEOs, friend, foe, your Aunt Lena … if God has a phone, it’s being monitored … maybe your dog isn’t being tapped. The oceans will not protect you. American submarines have been attaching tapping pods to deep underwater cables for decades.

Under a system codenamed ECHELON, launched in the 1970s, the NSA and its junior partners in Britain, Australia, New Zealand, and Canada operate a network of massive, highly automated interception stations, covering the globe amongst them.

The list of specific targets [has included] Amnesty International and Christian Aid.

…the US has continued to expand ECHELON surveillance in Europe, partly because of heightened interest in commercial espionage – to uncover industrial information that would provide American corporations with an advantage over foreign rivals.

German security experts discovered several years ago that ECHELON was engaged in heavy commercial spying in Europe. Victims included such German firms as the wind generator manufacturer Enercon. In 1998, Enercon developed what it thought was a secret invention, enabling it to generate electricity from wind power at a far cheaper rate than before. However, when the company tried to market its invention in the United States, it was confronted by its American rival, Kenetech, which announced that it had already patented a near-identical development. Kenetech then brought a court order against Enercon to ban the sale of its equipment in the US. In a rare public disclosure, an NSA employee, who refused to be named, agreed to appear in silhouette on German television to reveal how he had stolen Enercon’s secrets by tapping the telephone and computer link lines that ran between Enercon’s research laboratory and its production unit some 12 miles away. Detailed plans of the company’s invention were then passed on to Kenetech. 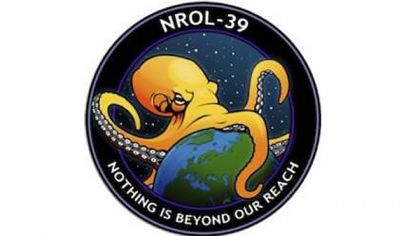 In 1994, Thomson S.A., located in Paris, and Airbus Industrie, based in Blagnac Cedex, France, also lost lucrative contracts, snatched away by American rivals aided by information covertly collected by NSA and CIA. The same agencies also eavesdropped on Japanese representatives during negotiations with the United States in 1995 over auto parts trade.

German industry has complained that it is in a particularly vulnerable position because the government forbids its security services from conducting similar industrial espionage. “German politicians still support the rather naive idea that political allies should not spy on each other’s businesses. The Americans and the British do not have such illusions,” said journalist Udo Ulfkotte, a specialist in European industrial espionage, in 1999.

That same year, Germany demanded that the United States recall three CIA operatives for their activities in Germany involving economic espionage. The news report stated that the Germans “have long been suspicious of the eavesdropping capabilities of the enormous U.S. radar and communications complex at Bad Aibling, near Munich”, which is in fact an NSA intercept station. “The Americans tell us it is used solely to monitor communications by potential enemies, but how can we be entirely sure that they are not picking up pieces of information that we think should remain completely secret?” asked a senior German official. Japanese officials most likely have been told a similar story by Washington about the more than a dozen signals intelligence bases which Japan has allowed to be located on its territory.

The United States has been trying to persuade European Union countries as well to allow it “back-door” access to encryption programs, claiming that this was to serve the needs of law-enforcement agencies. However, a report released by the European Parliament in May 1999 asserted that Washington’s plans for controlling encryption software in Europe had nothing to do with law enforcement and everything to do with US industrial espionage. The NSA has also dispatched FBI agents on break-in missions to snatch code books from foreign facilities in the United States, and CIA officers to recruit foreign communications clerks abroad and buy their code secrets, according to veteran intelligence officials.

The quote from the US government at the beginning, here, is an old fashioned technique (lying) where you tell people you are doing the opposite of what you’re actually doing, in secret, because what you are actually doing is illegal, immoral (in the US gov’s words), and exposes you as a criminal who only pretends to be against the things you are, in secret, actually doing yourself to a greater degree than anyone…  ever.  Being exposed may, in rare cases, even increase your chance of having to stop committing the crimes, whereas your goal is to keep committing them.

Let’s see if we can venture a guess as to why the US Government™ would conduct corporate espionage – illegal spying on behalf of private corporations – to allow them to cheat and avoid the harshness of the “free market” (in reality, corporations hate the idea of a free market, and they never stop trying to use state violence to negate it and make sure they don’t ever have to face market discipline).

Maybe the reason for state/corporate espionage has something to do with the recent findings of researchers in Cornell and Northwestern universities, who conducted the biggest study of the topic to date, and found:

…economic elites [in the USA] are estimated to have a quite substantial, highly significant, independent impact on policy.

…the preferences of the average American appear to have only a minuscule, near-zero, statistically non-significant impact upon public policy

So, people who own corporations have the most influence over the state.  That seems to provide a pretty good explanation for why the state would be illegally spying on behalf of corporations…

It also meshes with what the son of a vice president of one of the major global oil/fossil fuel conglomerates recently told me, which is that his experiences have shown him that “It is basically impossible to tell where corporations end and government begins.”

Robert Barsocchini is an American investigative journalist and writer for the film industry.  Here is his blog.  Also see his free e-book, Whatever it Takes – Hillary Clinton’s Record of Support for War and other Depravities.  Click here to follow Robert and his UK-based colleague, Dean Robinson, on Twitter.

1 thought on “US Corporate Espionage”