This is a worldwide phenomenon.

Give those children more ‘screens’, more vaccinations, more fluoride, less of your attention and just continue with the lousy diet your feeding them.

Chemtrails, Fukushima and especially Big Pharma will do the rest.

Parents are usually complaining that their children are always, ‘ill’.

What is really making them ‘ill’?

The toxins, the poisons they can’t rid themselves of.

How are they healed, by adding more toxins, i.e. Big Pharma’s wonder drugs, to make sure the toxins can’t get out.

But wait a minute, this doesn’t make any sense at all!

Of course it does parents, you get a moment of peace when the darling stops complaining and coughing.

Don’t you do the same when you feel ill?

Didn’t your mother do it to you also?

Besides you have enough with your headaches, backaches, depression and insomnia.

God, where is all the ‘healing’ we hear so much about?

You bought the ticket, parents, so sit down and watch the show, …

… or begin to educate yourself and change. 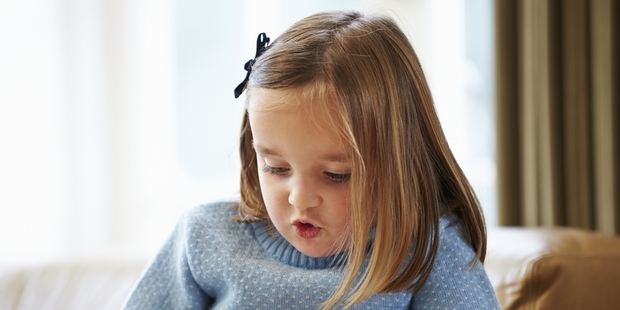 Primary schools around the country have noted a decline in the spoken-language abilities of new entrants and the Ministry of Education will look into the reports.

School leaders and a specialist in linguistics suspect the problem could be caused by factors including children using gadgets too often and parents not talking to them enough.

The ability of youngsters to express themselves in the classroom is essential to their cognitive development and future learning.

Willowbank School in Auckland’s Dannemora has started testing all new entrants for oral language ability after staff noticed many were struggling to speak in sentences.

Julie Cowan, deputy principal at the decile 9 school, said conversations with other schools indicated they, too, were noticing the problem among native English-speaking pupils.

Material put out by the ministry gives examples of what children should be able to do upon starting school, including asking questions about a picture, following directions in a group setting and holding a conversation.

“Those are examples of the things we are finding quite a few of our children are coming in and not being able to do,” Mrs Cowan said.

New starters could have the spoken-language ability of 2- or 3-year-olds, and even those whom teachers viewed as “average” often came in at levels below a 5-year-old.

Mrs Cowan believed there were many causes. “Maybe the fact that children are spending more time on devices and watching television is part of it.

“Talking as a parent, you are so busy and you have to get to work and drop the kids off here, there and everywhere; we spend a lot of time talking at our kids, not necessarily talking with them.”

Ministry executive Katrina Casey said the issue had been raised anecdotally by principals and would be investigated.

The issue of pupils’ speaking ability has been flagged in a report by Benjamin Riley, who spent seven months with the ministry and visiting schools as an Axford Fellow.

Mr Riley, who is from the US, was told by half a dozen primary schools, including Willowbank, of a marked decline in spoken-language ability.

A deputy principal at Hampden St School in Nelson may even take a 10-week sabbatical to work with a local early childhood provider in an effort to shed light on the issue.

Mrs Cowan said Willowbank staff now did professional development around teaching how to listen and speak.

Dr Jannie van Hees of the University of Auckland completed her doctoral study on oral language in the classroom for 5- and 6-year-olds.

She found that children in disadvantaged communities generally start school with an expressive vocabulary of fewer than 3000 words, compared with at least 6000 for children in advantaged areas.

Asked about the observations from higher decile schools such as Willowbank, Dr Van Hees said further research was needed to confirm any trend and causes.

Teachers’ observations about a “worrisome” trend shouldn’t be ignored.

“I do think there are all sorts of factors. Children are spending too much time in front of the digital devices and hurrying from one place to the other.

“It is simple, free and easy to have conversations with your children. But increasingly, I think, families aren’t … You can’t take for granted, just because you are educated parents, that you talk effectively with children.

“The best growing linguistic time … is just those simple times of doing plain things with children but doing lots of conversational exchanges.”

• Help your child with simple activities and, in doing so, have lots of conversational exchanges.

• Tell children words and expressions but also make sure they are able to frequently try out new language.

• Read aloud to your children and give them time to think over what they have heard. Ask lots of closed questions (with one-word answers) and open questions (those with many different answers).

• Try to talk with, not at, your children.

• Encourage them to retell their favourite stories from books or their own experience.