The above Brzezinski clip always reminded me of something, and I finally realized what it was:

(Tolkien was a brilliant professor who experienced unspeakable tragedy in war and expressed it in his masterworks.) 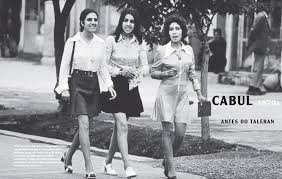 Since trade ignores national boundaries and the manufacturer insists on having the world as a market, the flag of his nation must follow him, and the doors of the nations which are closed against him must be battered down.  Concessions obtained by financiers must be safeguarded by ministers of state, even if the sovereignty of unwilling nations be outraged in the process. Colonies must be obtained or planted, in order that no useful corner of the world may be overlooked or left unused.

All of the above international terrorism carried out by US elites is precisely aligned with their stated profit and investment interests.  They, not us, control the weapon that is the state gang (the “armed forces”), and they use it exactly as president Wilson and countless other officials have directly stated: to force open and control global markets to secure profits.  That their weapon, the state, is largely made of people, and that these people are constantly killed as a by-product of using the weapon, is meaningless – peons are expendable nothings; Walmart executives call them “peasants” in official documents – unless the rabble starts getting upset that so many of them are dying and thus it becomes too politically costly for the executives.  This is why the USA often censors the images of its dead peons.

The word for running such operations is “empire”.  Empire is extremely profitable for the elite beneficiaries and extremely costly for us, since we pay for it in cash, labor, and blood.

Robert Barsocchini is an American investigative journalist and writer for the film industry.  Here is his blog.  Also see his free e-book, Whatever it Takes – Hillary Clinton’s Record of Support for War and other Depravities.  Click here to follow Robert and his UK-based colleague, Dean Robinson, on Twitter.