President Obama would have proudly proclaimed Warren Buffett a true patriot in his bailing out of the banking system with expensive loans and his ‘realization’ that those earning more than $1 million should be tax-tax-taxed. However, the “Buffett Rule” appears to have one caveat… if you are making over a $1 billion, you’re good to go with tax-avoidance strategies. In one of his career’s most hypocritical moves Warren “tax-me-more” Buffett has decided that putting his money where his mouth is no longer makes sense.. and is funding $3billion of Burger King’s “tax-inversion” takeover of Canada-based Tim Hortons. Somewhere on a golf course, a Presidential Putter is being snapped across a knee…

The deal would create the world’s third largest quick-service restaurant company, with about $23 billion in system sales and more than 18,000 restaurants in 100 countries. 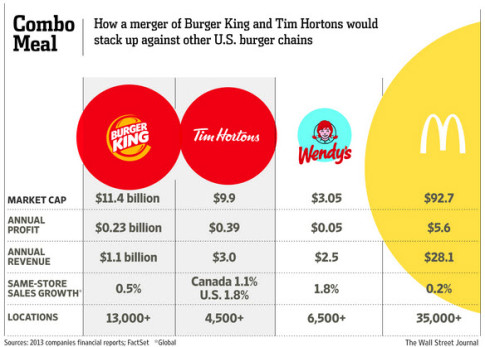 The new global company will be based in Canada, though each brand will be managed independently after the deal’s completion, the companies said.

But, in what appears a straight up challenge to the Obama administration’s “Patriot Defense”, Warren “Tax Me More” Buffett has decided it is entirely patriotic and capitalistic to sponsor tax avoidance strategies… (as Bloomberg notes)

Warren Buffett is helping to finance Burger King’s planned takeover of Tim Hortons Inc., according to people familiar with the matter, backing a buyer that would move its headquarters to Canada where corporate taxes are lower.

Buffett’s Berkshire Hathaway would invest about $3 billion for a preferred stake, said one of the people, who asked not to be identified because there wasn’t a public announcement. Tim Hortons had a market value of about $10 billion after the stock rallied yesterday on the announcement of talks with the Miami-based hamburger chain.

“I’m not saying they’re doing anything illegal at all in following the rules on inversion,” Buffett told CNBC, according to a transcript on the business news station’s website. “I would personally change that part of the law. And other people might change the part of the law about wind tax credits, but I’m not attacking Pfizer for following the U.S. tax law.”

And the hypocrisy continues…

President Barack Obama has criticized American companies that move to other nations in search of lower corporate tax bills. Between mid-June and late July, at least five large American companies announced plans to make such a shift — known as an inversion. That includes AbbVie Inc. and Medtronic Inc.

Buffett has supported Obama’s push to increase personal income taxes for the wealthiest individuals while striking deals that reduce Berkshire’s obligations to the government. This year, his company limited taxes on more than $1 billion of gains in Graham Holdings Co. stock by swapping the shares for assets owned by the former Washington Post publisher.

Oh but it’s the syngeries…

Two top Republican lawmakers profited from a corporate tax-avoidance maneuver that the U.S. Treasury Department is seeking to curb.

While U.S. House Speaker John Boehner and Ways and Means Committee Chairman Dave Camp have resisted calls for a crackdown on companies adopting overseas addresses to pay lower taxes, both have made money off one of the deals. They also have investments at risk of losing value because of government action.

The two lawmakers reported the sale of stock in Covidien Plc within nine days of Medtronic Inc. saying it was planning a takeover, an announcement that sent Dublin-based Covidien’s shares near a 52-week high.

Their actions are legal, and spokesmen for both say the congressmen weren’t involved in the financial decisions and that the trades were made by their investment advisers. Still, the two lawmakers, who have more sway over tax policy than any other House members, are invested in deals that Obama and other Democrats say are wrong and unpatriotic.

“The opportunities for being swayed by that are legion,” said Miles Rapoport, president of Common Cause, a Washington-based group that advocates for open government. “This is not a small issue where we wonder whether legislators are acting entirely in the public interest or whether somewhere in their mind it’s about how they will fare themselves.” 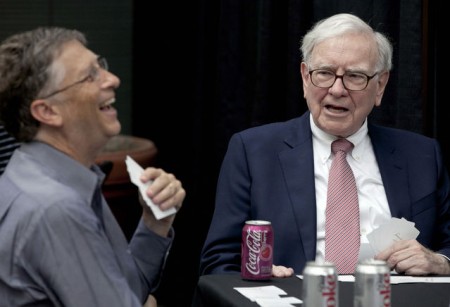