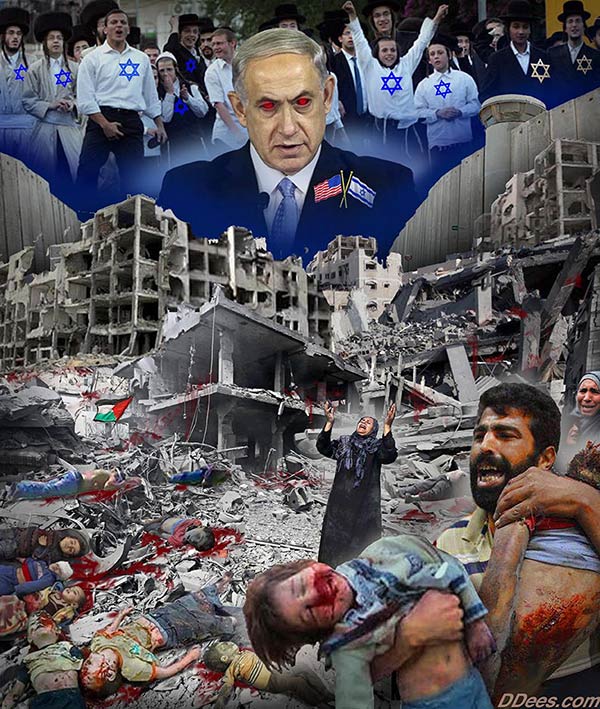 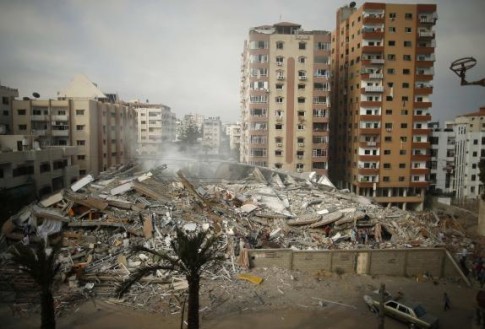 With no end in sight to fighting in its seventh week, Netanyahu’s tough talk seemed to indicate a move towards bolder strikes against Hamas targets in densely populated neighborhoods, even at the risk of raising more international alarm.

Hours after Netanyahu spoke, a cluster of four homes, one belonging to a Hamas member, was destroyed in an air strike in the southern Gaza town of Khan Younis, neighbours said.

Ten people were wounded by flying debris, but no fatalities were reported. Neighbours said about 10 minutes before the attack, a warning missile was fired and residents fled.

In Gaza City, an Israeli strike on a car killed Mohammed al-Ghoul, described by the Israeli military as a Hamas official responsible for “terror fund transactions”. U.S. dollars were found in the wrecked vehicle, witnesses said.

In another attack on Sunday, a mother and her three children were killed when their home was bombed in Jabalya refugee camp, hospital officials said. It was not immediately clear why the dwelling was hit, and neighbours said no warning was given.

Militants kept up constant rocket and mortar strikes on southern Israel, wounding three Israelis at the Erez border crossing with the Gaza Strip. The military said more than 70 rockets were launched on Sunday alone.

Thousands of homes in the Gaza Strip have been destroyed or damaged in the conflict. Nearly 500,000 people have been displaced in the territory of 1.8 million where Palestinians, citing Israeli attacks that have hit schools and mosques, say no place is safe.

Israel has said Hamas bears responsibility for civilian casualties because it operates among non-combatants. The group, it said, uses schools and mosques to store weapons and as launching sites for cross-border rocket attacks.

Palestinian health officials say 2,114 people, most of them civilians and more than 400 of them children, have been killed in the Gaza Strip since July 8, when Israel launched an offensive with the declared aim of ending Palestinian rocket fire into its territory.

Sixty-four Israeli soldiers and four civilians in Israel have been killed. Israel’s president attended the funeral on Sunday of a four-year-old boy who died in mortar bomb attack on Friday.

The bombing on Saturday of Al Zafer Tower in Gaza City marked the first time in the Gaza war that Israel had brought down so tall a structure. It had housed 44 families, some of whom returned to the rubble on Sunday to search for belongings.

Egypt called on Israel and the Palestinians on Saturday to halt hostilities and return to talks. But there was no sign that negotiations, last held before a ceasefire collapsed on Tuesday, would resume soon.

The start of the school year has already been delayed indefinitely by the Education Ministry in the Gaza Strip, and Netanyahu said on Sunday that Israelis should be prepared for the war to continue after classes begin on Sept. 1.

At one U.N.-run school in Gaza where Palestinian families have been sheltering, children chanting “glory and eternity to our martyrs” stood in line for the national anthem, but no classes were held.

Scott Anderson, Deputy Director of Gaza operations for the United Nations Relief and Works Agency, said although school had been cancelled, some instruction could be provided via television or the Internet.

Hamas has said it will not stop fighting until the Israeli-Egyptian blockade on Gaza is lifted. Both Israel and Egypt view Hamas as a security threat and are demanding guarantees that weapons will not enter the economically-crippled enclave.