A team of experts investigating the North Face of Scotland’s Ben Nevis mountain have found snowfields remaining in many gullies and upper scree slopes. 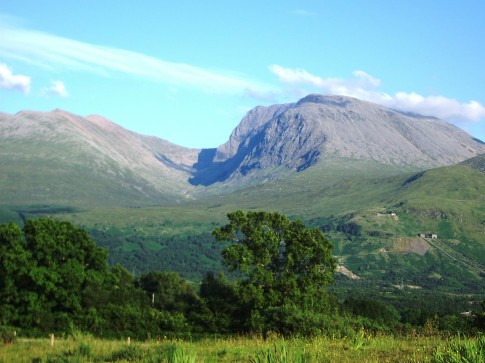 On these snowfields, the team – which included mountaineers, geologists and botanists – came across compacted, dense, ice hard snow call neve.

The team also encountered sheets of snow weighing hundreds of tons, along with tunnels and fissures known as bergschrunds; the same large, deep cracks in the ice found at the top of glaciers.

Bergschrunds (from the German for mountain cleft) are formed when the moving glacier ice separates from the stagnant ice or firn above. (A serious problem for mountaineers, the word “bergschrund”) is sometimes abbreviated to “schrund”.)

These kinds of hazards are common in arctic and alpine areas, the team  said, but are “extremely unusual” in the UK during the summer.

Ben Nevis: Rising some 4,409 feet (1,344 m) above sea level, Ben Nevis is the tallest mountain in the British Isles, according to Wikipedia. It is located at the western end of the Grampian Mountains in the Lochaber area of the Scottish Highlands, close to the town of Fort William.

Thanks to Jason, Robert Boon and Ronald Baker for this link.

“This is how ice ages start,” says Ronald.