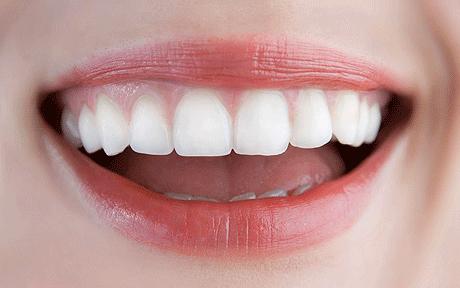 In an effort that aligns entrepreneurial spirit with the body’s natural ability to restore health, experts at King’s College London have developed a way to put dental fillings by the wayside and, instead, help teeth heal themselves. (1)

Rather than drilling into an affected tooth and filling it with material to build up its structure again, a damaged tooth can instead be treated with the help of their new technology, Electrically Accelerated and Enhanced Remineralization (EAER), a technique that uses a small electric current to speed up a tooth’s natural remineralization process and, in turn, repair teeth without the need for drilling, injections and fillings. (1, 2)

“The way we treat teeth today is not ideal,” he said, explaining the seemingly never-ending cycle of drilling, filling and refilling that a dental patient often experiences. “Not only is our device kinder to the patient and better for their teeth, but it’s expected to be at least as cost-effective as current dental treatments. Along with fighting tooth decay, our device can also be used to whiten teeth.” (2)

King’s College is involved with a project called MedCity, which was launched by London mayor Boris Johnson in an effort to encourage entrepreneurship in the London-Oxford-Cambridge life sciences sector.

EAER’s low-frequency currents allow remineralization, a naturally occurring process in teeth that keeps them strong and healthy, to take place faster and deeper in the tooth, negating the need for traditional fillings. This new technique simply involves isolating elements in the mouth such as saliva that can get in the way of this healing process, then using the EAER technique to drive the natural minerals into the tooth. (3)

Pitts said that by using “the electrical method, we can achieve remineralization that would have taken weeks and we can do it an order of magnitude faster and better.” (3) His goal is to have this technique in place in British dental offices within three years; furthermore, he’s currently working with international dental groups in an effort which may make strides in the United States, where dental regulations differ from those in Britain. (3)

In addition to many people having a phobia when it comes to visiting the dental office, the materials that are often used — namely amalgam, the silver-colored fillings — contain mercury, a toxin that is linked with neurological disorders such as Alzheimer’s disease, Parkinson’s disease and autism. (4)