“Geothermal heat under the glaciers is likely a key factor in why the ice sheet is currently collapsing.” 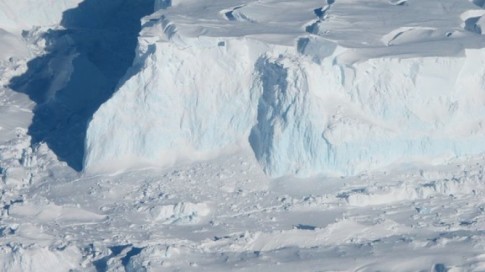 The edge of the Thwaites glacier – NASA photo by Jim Yungel

“A new study by researchers at the University of Texas, Austin found that the West Antarctic Ice Sheet is collapsing due to geothermal heat, not man-made global warming,” says this article in The Daily Mail.

“Researchers from the UTA’s Institute for Geophysics found that the Thwaites Glacier in western Antarctica is being eroded by the ocean as well as geothermal heat from magma and subaerial volcanoes.

“The geothermal heat under the glaciers is likely a key factor in why the ice sheet is currently collapsing.”