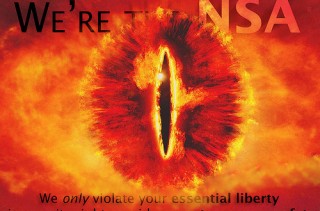 The National Security Agency worked behind the scenes to remove a section of a court transcript after suspecting one of its lawyers inadvertently disclosed secret information in a court case over alleged illegal surveillance.

Has the wall of secrecy protecting US intelligence-gathering methods become so severe and repressive that even to acknowledge the redaction of sensitive information from public documents is now thought to be revealing too much?

It seems the United States may be heading in that dark direction following a recent session of the Jewel v. NSA case, in which the Electronic Frontier Foundation (EFF) is challenging the NSA’s power to monitor foreign citizens’ US-based communications and social media accounts.

In the course of the ongoing case, which has gained public attention in light of the Snowden revelations, the government told US District Judge Jeffrey White that one of its lawyers may have accidentally spilled the beans on sensitive information, the Daily Caller reported.

href=”https://www.eff.org/files/2014/08/06/248_govt_letter_to_judge_re_transcript_6.13.14.pdf”&amp;amp;gt;https://www.eff.org/files/2014/08/06/248_govt_letter_to_judge_re_transcript_6.13.14.pdf&amp;amp;lt;/a&amp;amp;gt;
“We rightly considered this an outrageous request and vigorously opposed it,” senior staff attorney for the EFF David Greene said in a statement. “The public has a First Amendment right not only to attend the hearing but to have an accurate transcript of it. Moreover, the federal law governing court reporting requires that ‘each session of the court’ be ‘recorded verbatim’ and that the transcript be certified by the court reporter as ‘a correct statement of the testimony taken and the proceedings had.’”

Greene slammed the government’s request to permanently remove from the court record what it deemed to be classified information, without so much as even showing that something has been redacted (blackened out) in the documents.

“We…argued that under no circumstances should the government be able to ‘remove’ anything from the transcript without indicating that something has in fact been removed, a process commonly called ‘redaction,’ not ‘removal,’ the term used in the government’s request.”

The plaintiff’s lawyer also asked the court to make all papers filed about this dispute immediately available.Judge White agreed to let government officials examine the transcript, but warned he would “hold [it] to a very high standard and would not allow [it] to manufacture a misleading transcript by hiding the fact of any redactions.”

Upon inspection of the transcript, US authorities realized its legal team had not accidentally gave away sensitive information, and withdrew its request. However, EFF said the incident points to the dangers of allowing the government to tamper with documents without any public oversight.

“The incident speaks volumes about the dangers of allowing the government free rein to claim secrecy in court proceedings and otherwise,” the EFF said.

It has also been revealed that Judge White demanded the NSA to stop deleting evidence relevant to the case on three separate occasions. After the third attempt, the NSA said its computers were simply “too complicated” to prevent the deletions from occurring. Upholding national security was also cited as a reason for deleting data.